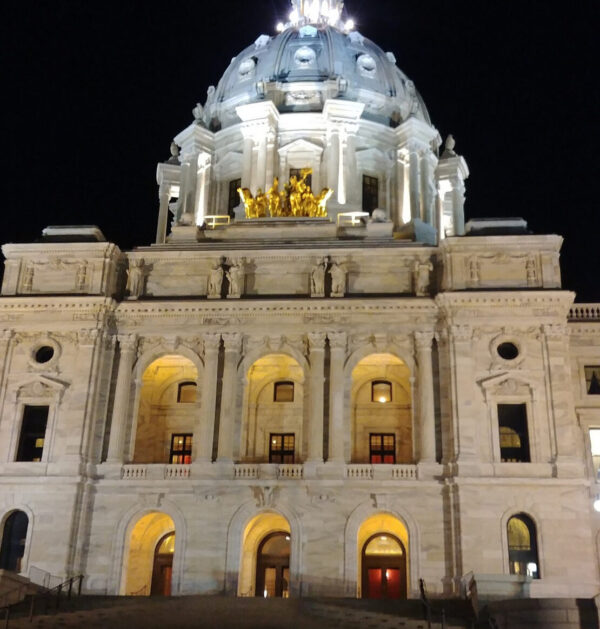 Russia launched a wide-ranging attack on Ukraine on Thursday, hitting cities and bases with airstrikes or shelling, as civilians piled into trains and cars to flee. The Associated Press reports that Ukraine’s government said Russian tanks and troops rolled across the border in a “full-scale war” that could rewrite the geopolitical order and whose fallout already reverberated around the world.

In unleashing Moscow’s most aggressive action since the Soviet invasion of Afghanistan in 1979, President Vladimir Putin deflected global condemnation and cascading new sanctions — and chillingly referred to his country’s nuclear arsenal. He threatened any foreign country attempting to interfere with “consequences you have never seen.”

Elected officials across Minnesota reacted to the news in the hours after the invasion started overseas. Minnesota’s U.S. Senator Amy Klobuchar said after the attacks that “in the face of Russian aggression, we are united in our efforts to protect democracy and Ukraine’s sovereignty.”

District 3A Rep. Rob Ecklund spoke with WTIP’s Joe Friedrichs Feb. 24 about the Russian attacks on the Ukraine. Listen to the audio below to hear their discussion. Other topics covered in the interview include an update on proposed legislation that could increase the licensed bed capacity at North Shore Health, a bill aimed at improving worker safety in Minnesota and a situation in northern Minnesota where a state senator was injured in a snowmobile crash. Audio below.