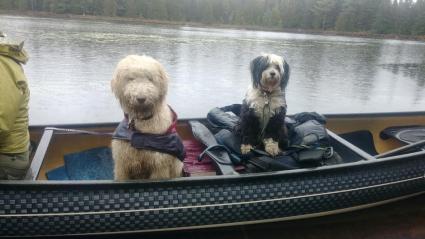 On September 17, a little Tibetan terrier dog named Eden got lost deep in the Boundary Waters Canoe Area Wilderness while her owners were portaging between lakes south of the Gunflint Trail.

Eden was missing for almost two weeks, but was found Sept. 28 by a group from Michigan who were on a Boundary Waters trip. The Michigan paddlers found Eden near Cherokee Lake, more than four miles from where she was lost near Muskeg Lake.

Elinor Werner is one of Eden’s owners. She spoke with WTIP’s Joe Friedrichs about Eden’s recent adventures and rescue in the BWCA.