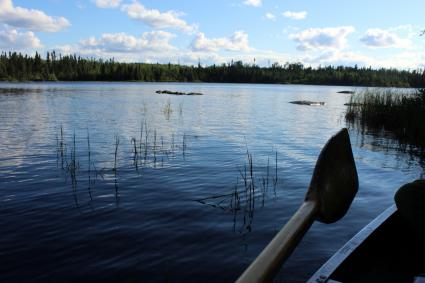 Just one new body of water in Cook County was added to the state’s impaired waters list in a report released this week.

Two Island Lake was added to the impaired waters list for having mercury levels that were too high in fish living in the lake.

The list, updated Nov. 8 by the Minnesota Pollution Control Agency (MPCA), now includes some 3,000 bodies of water, including lakes, rivers and streams. More than 300 new listings were added to the report this year.

And while Two Island Lake is the only new listing in Cook County this year, in reviewing the impaired waters list across Cook County and the Boundary Waters region, there are some very remote lakes listed. Winchell Lake, located in the BWCA between Brule and Poplar lakes, is on the list, for example. This remote lake illustrates how many lakes can end up on the list for a variety of reasons, primarily for mercury content when it comes lakes in and near the Boundary Waters.

In Cook County (Lake Superior – North watershed) there’s only one non-mercury impairment body of water that’s on the list: the Flute Reed River. When it comes to the Flute Reed, a study has been completed to start to address the sediment problem, according to Miranda Nichols, coordinator of Minnesota’s impaired waters list.

WTIP’s Joe Friedrichs spoke with Nichols about why so many bodies of water in Minnesota, including remote BWCA lakes, end up on the state’s impaired waters list. Audio below.