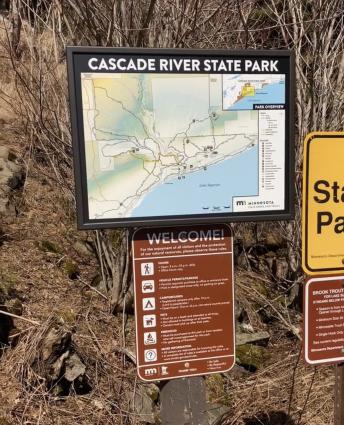 North Shore state parks ‘crowded’ with visitors from outside the area

Illegal camping, large crowds at local state parks and not following social-distancing guidelines are among the reports coming in from Minnesota Department of Natural Resources conservation officers working the North Shore in recent weeks.

All of these reports are occurring despite the statewide Stay-at-Home Order from Gov. Tim Walz and Cook County’s own and separate no-travel advisory meant to keep people from visiting the region at this time due to COVID-19 concerns. Many of the reports involving crowds or in some instances prohibited activity include people traveling to the North Shore and Cook County from outside of the area, including residents of Duluth and the Twin Cities metro region.

WTIP’s Joe Friedrichs spoke with local DNR Conservation Officer Kylan Hill for an update on this questionable activity amid COVID-19 concerns on the North Shore. The audio from this interview is shared below.

While Hill notes a collection of local residents were visiting the state parks on the North Shore, the two other conservation officers who work the far zone in northeastern Minnesota are reporting large numbers of visitors who were from outside the area.

Mary Manning reports this week that “state park use was very high again over the weekend and compliance with permit purchase was improved. The majority of visitors to the North Shore are still from well outside the area.”