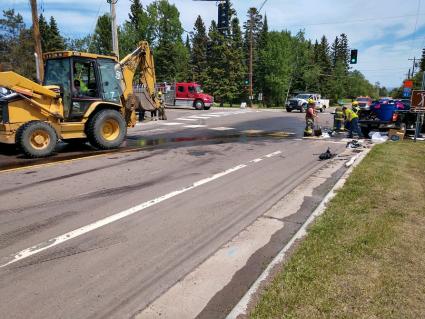 Emergency responders were paged to a collision between a pickup truck and a semi at the temporary stoplight on 5th Street in Grand Marais this afternoon, June 9. There were no injuries in the crash, but the intersection was blocked for several hours as spilled fuel was cleaned up.

The crash happened when a 2018 Ford F-150, traveling northbound on the old Gunflint Trail (5th Avenue) went through the temporary construction stoplight at the intersection with 5th Street, hitting the driver’s side of a westbound semi.

The collision punctured the fuel tank on the 2005 International semi and broke the axle on the big truck. Recyclable materials in the pickup truck were scattered across the intersection.

The Grand Marais Fire Department was paged to handle the fuel spill. A crew from Grand Marais Public Utilities was called to assist, delivering a load of sand to absorb the spilled diesel. Local contractor J.J. Liljestrand also delivered a load of sand. After the sand absorbed the spill, the city crew, Liljestrand, and Bo Draper of KGM Contractors with a street sweeper, collected the soil. It was taken to a temporary mitigation area near the public utilities building in Grand Marais.

The Cook County Sheriff’s Office and Minnesota State Patrol provided traffic control and one way traffic was allowed through in about an hour. The entire roadway was cleared by 3:30 p.m.

Karl Rom, 60, of Bruce Mines, Ontario, was the driver of the semi, a 2005 International, for McKevitt Trucking.

The driver of the Ford was Stephan Esco, 72, of Grand Marais. He was cited for failure to obey a traffic control device.

Both parties were wearing their seatbelts. 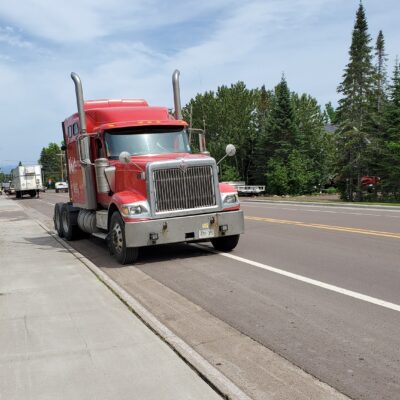 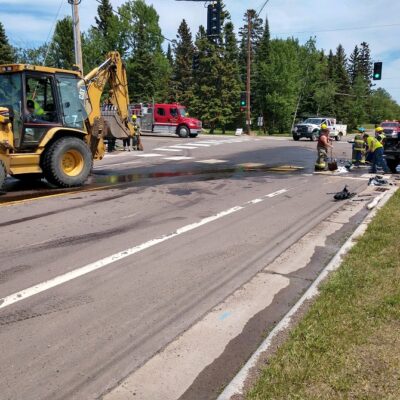