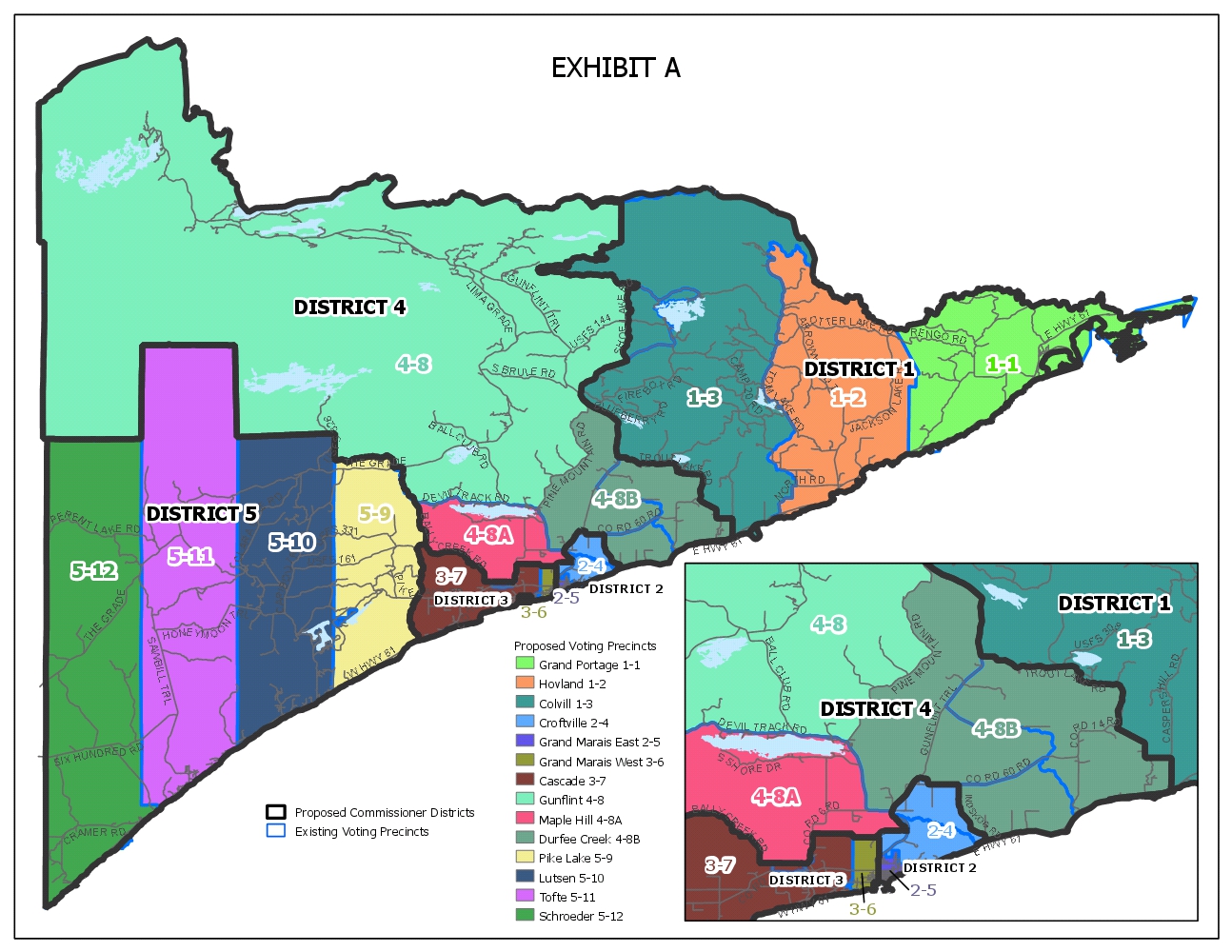 Redistricting will reshape map for some Cook County voters

All five seats on the Cook County Board of Commissioners will be on the ballot this fall when Election Day rolls around. The reasoning stems from, at least partially, the results of the 2020 census.

This is the consensus of Auditor Braidy Powers and the commissions as they continue to discuss redistricting ahead of the 2022 election season.

Redistricting is the process of redrawing the boundaries of election districts after the completion of the decennial census. The purpose of redistricting is to ensure that the people of each district are equally represented throughout Cook County, Powers said.

Community members are invited to learn more about redistricting in Cook County during a public hearing Tuesday, April 12 at 6 p.m. in the commissioner’s room at the courthouse. The purpose of the hearing is to share information about the proposed changes to the county’s voting districts and precincts. Redistricting of commissioner districts in Minnesota this year must happen no later than April 26.

Candidates for county commissioner can file from May 17 until May 31 at 5 p.m.

Due to the standard election process, the commissioners from districts 1, 3 and 5 were all up for election in 2022 regardless of redistricting. These are commissioners Bob Svaleson, Dave Mills and Ginny Storlie, respectively.

District 2 Commissioner Stacey Hawkins and District 4 Commissioner Ann Sullivan were both elected in 2020. On the standard election calendar, their seats on the county board would not be up for reelection until 2024. However, the redistricting process is likely to put both of their seats on the county board up for election in 2022, Powers told WTIP.

Cook County’s population grew by nearly 8 percent during the recent census. Powers explained that although redistricting can be a time-consuming if not complicated process, it’s not unheard of in the history of the county. It most recently occurred during the 2000 census, Powers said, impacting the 2002 election.

The county’s population is 5,600 as of the 2020 count. Therefore, the average district size in terms of population is approximately 1,120 people. District populations cannot vary more than 10 percent from the average for all districts in the county, unless the result forces a voting precinct to be split, according to Powers. If they do, the district must be redrawn.

As the commissioners discussed the appropriate means of redrawing the districts during several meetings this winter and spring, they all agreed it ultimately comes down to keeping neighborhoods intact and not making unnecessary changes concerning who votes for what district in Cook County.

Click here to learn more about redistricting in Cook County.

Note: The photo accompanying this story shows the most likely voting map for Cook County in 2022 and moving forward. 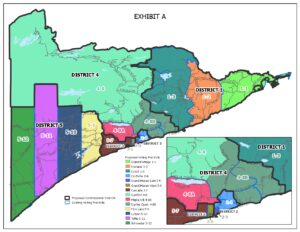