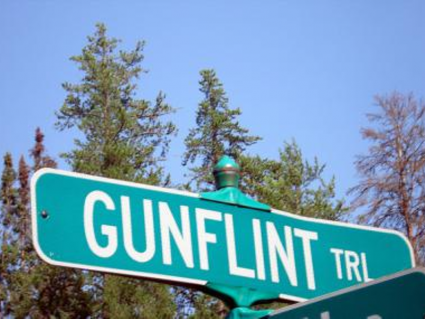 Reports of cell service on the Gunflint Trail as autumn arrives

Word travels fast on the Gunflint Trail, particularly now that people can send text messages and make calls from a cell phone.

Reports reached the WTIP news desk this week that a long anticipated cell tower on the Gunflint Trail is now active for AT&T subscribers.

The Cook County Board of Commissioners brought cell service on the Gunflint Trail one step closer to reality during a meeting in December 2020.

The commissioners unanimously approved a plan for the county to enter a lease agreement that allowed AT&T to build the new tower near Gunflint Lake.

According to the Cook County tower ordinance, a new provider must first co-locate on an existing tower if that is feasible. The current tower at Gunflint Lake is heavily loaded with the ARMER system, WTIP and radio equipment from several other government entities, including the United States Forest Service, Border Patrol and the Minnesota Department of Natural Resources, according to Rowan Watkins, the IT director for Cook County.

The tower was constructed to accommodate three cell providers, meaning more cell coverage is likely on the Gunflint Trail in the years ahead.

WTIP’s Joe Friedrichs talked with Watkins to get the latest on cell phone coverage on the Gunflint Trail.

NOTE: In an update to this story, Watkins tells WTIP that cell service from the site has been coming and going as part of a site optimization and troubleshooting process.

County officials say the timeline for this process is approximately one week from Sept. 24 for cell service from the Gunflint Lake tower. So the coming and going of service may continue for a little while but it is getting close, Watkins said.