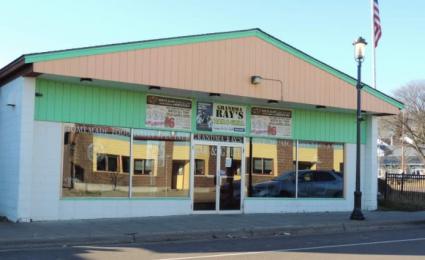 Grandma Rays, the building that is “home” to American Legion Post 413 has been for sale for several months now, listed at $389,900. The restaurant and bar at 17 First Avenue West in Grand Marais has been closed since early in the COVID-19 pandemic, but recently some activity has been seen there. Community members have been curious about whether the building has been sold.

WTIP reached out to Terry and Janet Breithaupt, who are the owners of the building. Terry Breithaupt tells WTIP that an offer was made and accepted for the sale of the building to Brad Shannon. Breithaupt said the sale was not complete as of December 31, as the process is more complicated for commercial buildings, but he said it is under contract for sale. Breithaupt did not disclose the sale amount.

Shannon is the individual who earlier had approached the Cook County/Grand Marais Economic Development Authority (EDA) with a purchase offer of $25,000 for a lot in the Cedar Grove Business Park. He was representing the nonprofit NorthPoint LLC, which hoped to buy a small lot just off the Gunflint Trail to the west of the Como Oil and Propane lot. NorthPoint LLC planned to open a youth center.

However, at the December meeting of the EDA, Executive Director Mary Somnis informed the EDA board that the purchase offer had been withdrawn. Shannon informed the EDA that NorthPoint had found another location for a youth center.

Asked what would happen with all the American Legion Post 413 memorabilia at the restaurant and lounge, Breithaupt said the items, such as the wall of veteran’s photos, will be taken care of and another way will be found to display them.

WTIP also spoke with Bob Mattson, Commander of Post 413, and he echoed that sentiment. He said that memorabilia is important to the community and a way will be found to care for it. “We’ll cross that bridge when we come to it,” said Mattson.

Commander Mattson added that he understood why the Breithaupts put the building up for sale. He said the upkeep was difficult, noting that taxes were extremely high when the Legion post owned the building.

Asked if the building would be taxed if owned by a nonprofit, Powers said, “It will depend on how Shannon uses it. The assessor will classify it based on use. If they use part of it like a business, it will be classified that way and they’ll pay taxes on it.

“If the taxable value goes down that shifts more taxes to the rest of us through a higher tax rate,” added Powers.

Terry Breithaupt said he and Janet were sad about the sale, but added, “Janet and I are going to miss it. This is not the way we wanted to go out the door, but at this time, it’s something we needed to do.”

WTIP reached out to Brad Shannon of NorthPoint and hopes to share more information as it becomes available.