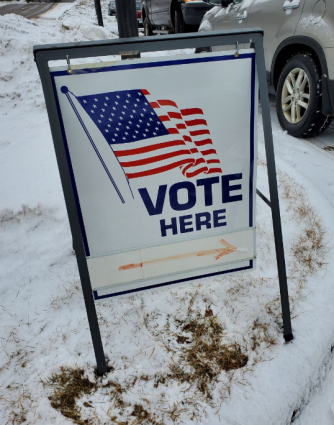 With a narrow victory, Democrat Bernie Sanders edged Joe Biden to win the DFL nomination for Cook County. Sanders collected 376 votes throughout all of Cook County, compared to 333 for Biden.

On the GOP ticket, President Donald Trump collected 370 votes, more than 99 percent of the party vote in Cook County. No other candidates were listed for GOP consideration other than Trump.

Click here for the full count from Cook County in Tuesday’s primary.

In addition, the per precinct results are now available for Cook County. Click here for the full results.

The Minnesota Secretary of State has released election results for the 8th Congressional District.

For the Democratic-Farmer-Labor Party statewide, Joe Biden took a firm lead with 42.25 percent of the vote. Next, closest is Bernie Sanders, with 27.23 percent. Michael Bloomberg had 11.08 percent, followed by Elizabeth Warren with 9.95 percent. Amy Klobuchar, who withdrew the day before the presidential primary accumulated 6.9 percent.

As anticipated, President Donald Trump, the lone Republican on the ballot garnered the majority of the votes, with 98.62 percent. There were write-in votes totalling 1.38 percent.

The statewide tallies are similar, with Biden taking the most votes at 38.40 percent. Next was Sanders at 30.22 percent. In the statewide count, Elizabeth Warren earned more votes than Bloomberg. She received 15.79 percent to Bloomberg’s 8.23 percent. Klobuchar garnered 5.29 percent of the state’s votes.