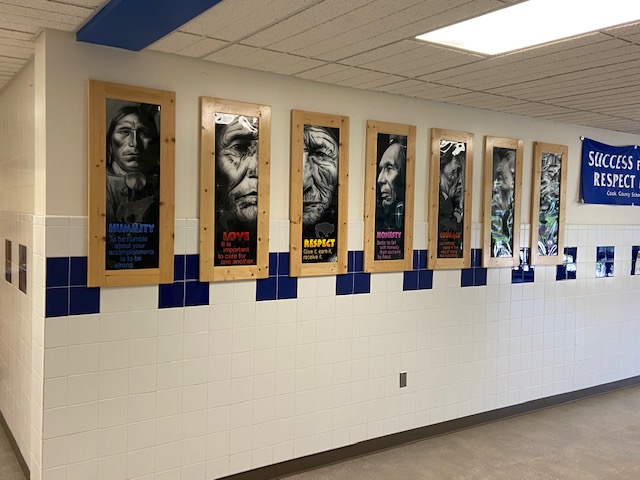 At the School District 166 school board meeting on May 19, the board adopted the school’s “Strategic Road Map.” WTIP spoke with Superintendent Chris Lindholm about the process the school followed to include the “Seven Grandfather Teachings” of the Ojibwe people.

The Strategic Road Map is just one page and Lindholm explained it is a guiding document. The policies and strategies will be ongoing work. Lindholm noted that strategies need to involve the people doing the day-to-day work at the school, from teachers and support staff to bus drivers and building maintenance. But Lindholm said the board was pleased with the final strategic plan.

School Board members were especially pleased with the final draft, which was adopted, as it is inclusive of the Anishinaabe heritage of the community. After months of meetings to discuss the values that School District 166 wants to act upon, board members and staff realized that what they were looking for was right before them, at the Eagle Door entry of the school.

Hanging on the wall there are several large posters, listing the Ojibwe Seven Grandfather Teachings—words that express the values of the Anishinaabe. Those teachings are now the core values at School District 166.

And in something that has not been done before, those values are described in both English and Ojibwe. The school district has been working to include Ojibwe language throughout the school, such as the wall at the main entry which declares “Welcome” and “Boozhoo.” But Superintendent Lindholm said he believes this is the first time something like a strategic plan has included Ojibwe.

Lindholm expressed thanks to Grand Portage Tribal Council Member and elder John Morrin who helped with wordsmithing the document. Lindholm noted that the Ojibwe language can vary from region to region, so the school also sought the assistance of Martina Wigwas, the school’s Ojibwe language instructor.

After that wordsmithing, the Strategic Road Map was adopted with the following core values, which Lindholm explained are the drivers of the school’s words and actions, of its efforts of living well  – Minobimaadizi.

WTIP also spoke with Superintendent Lindholm about the changing personnel at the school district. A number of staff members are moving away and there are jobs posted and new hires. Lindholm also shared information on the school summer lunch program. WTIP’s Rhonda Silence learns about all this in this interview. 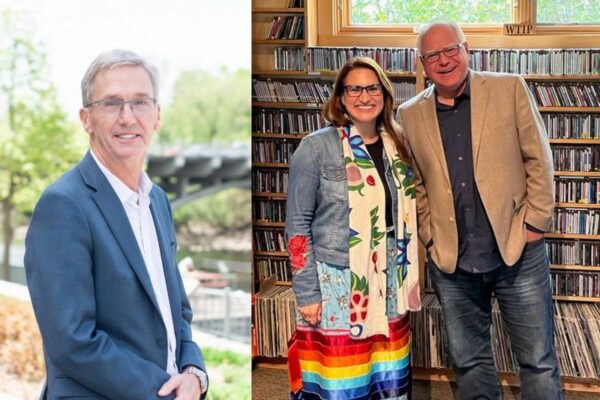 Local WTIP speaks with Minnesota gubernatorial candidates as election nears Read More
©2022 WTIP | Website Design & Development by W.A. Fisher Interactive. Report Problems.
We use cookies to offer you a better experience, analyze site traffic, and serve targeted advertisements. By continuing to use this website, you consent to the use of cookies in accordance with our privacy policy. X