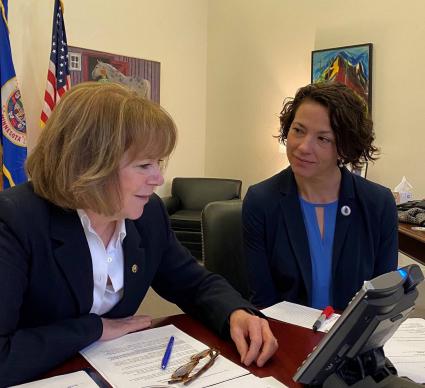 Senator Smith, Duluth mayor talk with WTIP before State of the Union

Duluth Mayor Emily Larson will be among the crowd listening in person Tuesday night as President Donald Trump gives his State of the Union address.

Larson will be the guest of U.S. Sen. Tina Smith. The event is Tuesday starting at 8 p.m. CST in the U.S. House Chamber.

They discussed a variety of topics, including housing issues in northeastern Minnesota, the Iowa Caucuses and Smith’s colleague in the Senate, Amy Klobuchar.

The audio posted below is their live interview from Feb. 4.