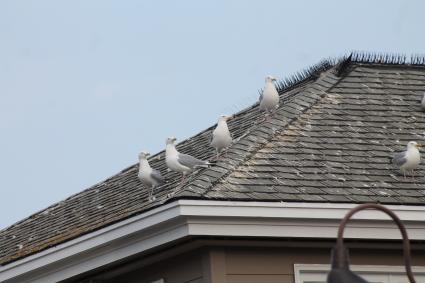 The Grand Marais City Council held its last meeting for the month on Wednesday. The city has been meeting weekly during the COVID-19 pandemic to deal with matters related to the coronavirus. However, the meeting on June 24 was also a regular meeting, so there were other matters on the agenda.

The meeting started with a time for public comment and the council shared information received from community members questioning access to a path from 6th Avenue West to 8th Avenue West. The path, which was platted as a road, has long been a shortcut for walkers, but has been vacated by the city for use as a driveway for a property owner. No action was taken by the city on the comments, but city staff was directed to research what rights the public has to access that vacated roadway.

The mayor and city councilors also received public comments asking about the city’s stance on the death of George Floyd while in police custody in Minneapolis. Community members asked the city council to consider what it was doing to achieve racial equity. The council agreed to take a look at its policies, to ensure that the city was not unknowingly causing harm to people of color.

Regular business at the council meeting included discussion of a change order for the Highway 61 work near the Grand Marais Family Dental Office. According to Grand Marais Mayor Jay Arrowsmith DeCoux, a mis-measurement led to an error in the amount of pipe needed for the city’s wastewater system.

A change to the city’s ordinance due to the COVID-19 pandemic was discussed again. The city had approved sidewalk food sales to help restaurants make it through this time of reduced space for diners. That ordinance change was set to expire at the end of June. The council agreed to extend the ordinance amendment that allows use of sidewalks for food sales until the city’s emergency declaration regarding COVID-19 comes to an end.

Finally, the city council discussed an ongoing problem in the city of Grand Marais–seagulls creating a mess on rooftops and windows in the city. The Grand Marais Business Coalition asked the city to support a request to the Minnesota Department of Natural Resources for assistance in managing the seagull population. The council agreed to write a letter in support of the businesses, stressing that they would also like to see more habitat for the birds developed outside of downtown.