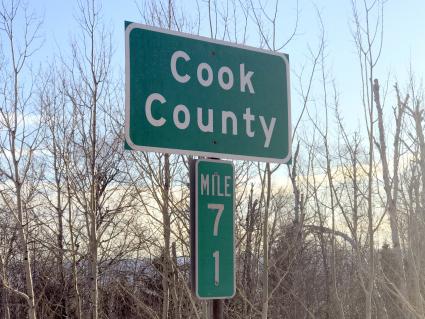 Smoke from Canadian wildfires will continue to linger above BWCA, Cook County

The affected area covers parts of Cook County, including Grand Portage, the North Shore and the Boundary Waters. Other areas in the state under the warning include International Falls, Bemidji, Duluth, Hibbing and Ely.

Smoke from wildfires located about 100 miles north of the Canadian border in Ontario and Manitoba will be transported by northwest winds behind a cold front into the northeast part of the state. Heavy smoke is expected to arrive Monday morning and will remain over the area through Tuesday morning.

During this time, fine particle levels are expected to be in the Orange AQI category, a level that is considered unhealthy for sensitive groups. Moderate to heavy rainfall along with northeast winds are forecasted across the northern half of the state on Tuesday. These conditions will dissipate the smoke plume over the state.

Most of Cook County was blanketed in a thin layer of smoke Saturday morning to start the holiday weekend. Staff with the U.S. Forest Service contacted WTIP last week to say there was likely to be smoke in the air on Wednesday and Thursday ahead of the Fourth of July. Monday’s air quality alert from the MPCA is an indication the smoke will be thicker than it was last week and during the weekend.

Listen to Daybreak at 7 a.m. and the North Shore News Hour at noon and 5 p.m. both Monday and Tuesday for the latest on the air quality alert and the expected smoke from the Canadian wildfires.