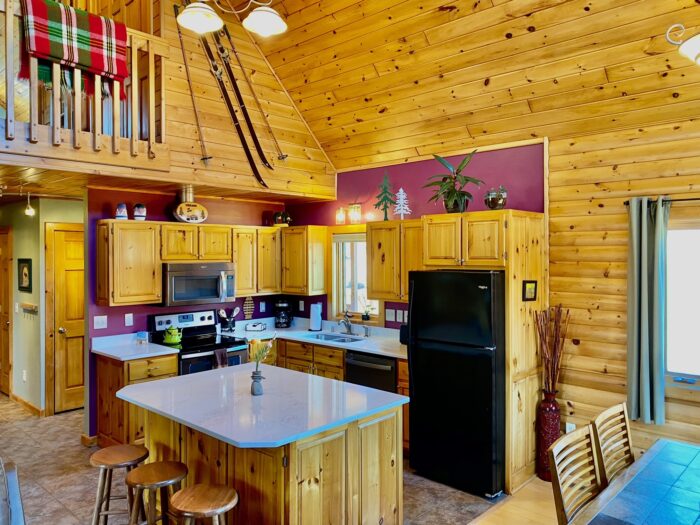 The sentiment that all vacation rental properties in Cook County are owned and operated by large companies is a false narrative, according to one local resident.

“Many of us who operate properties and live in Cook County will tell you that it takes a lot of our personal time,” said local resident Plamen Dimitrov. “To my wife and I, it means many hours spent on cleaning and maintaining the property. Most of us choose to do it not because we want to stay busy, but because we have to supplement our income in order to be able to afford to live in Cook County.”

The notion raises an interesting question: Should homes be viewed as income generators that allow some people to stay in Cook County while others struggle to find a place to live? It’s another complicated piece of the puzzle that is the housing crisis facing the tourist-driven economy of the North Shore.

Dimitrov shared some of his personal experience owning and operating a vacation rental during an Aug. 1 meeting of the Cook County Vacation Rental Committee. He also spoke with WTIP’s Joe Friedrichs about vacation rentals during a recent interview. Audio below.

Dimitrov and his wife, Diana, arrived to Cook County from Bulgaria in 2003. They first came on work visas and were employed at Bluefin Bay Resort in Tofte for many years. In their early years at Bluefin, the couple lived in subsidized employee housing. The housing units were owned and managed by the North Shore resort. Eventually the couple saved enough money to purchase their first home. The three-bedroom home is close to Lutsen Mountains ski resort. Dimitrov said the house is part of an association that include about a dozen homes. At the time they moved in, around 2008, Dimitrov said they were the only full-time residents on the road.

“The rest of the homes were second homes or vacation homes,” he said.

The family, now with two kids, lived in the Lutsen home for about 10 years. As their kids grew older and became more involved with happenings in Grand Marais, the family bought land and built a home in town in 2020. Following that, they decided to start renting their house in Lutsen as a short-term rental property. The house now rents for somewhere between $250-$280 per night. On average, the net income from the property for Dimitrov and his family is about $8,000. The net income, in this instance, includes any money left over after the mortgage, taxes, upgrades and cleaning costs are factored in. In other words, the home is making money for the local family on top of the long-term investment in the property.

As the community grapples with an ongoing housing crunch, Dimitrov said a lack of housing has been a reality in Cook County for decades. His own family had a difficult time finding a home to buy until 2008 when the housing market crashed, he said. In recent years, many local employers, from the county to local healthcare facilities, have publicly stated that it is challenging to find workers in some cases due to a lack of housing options. Nonetheless, Dimitrov said the lack of workforce housing existed long before the rise of the vacation rental industry.

“I don’t believe the vacation rentals are responsible for the housing shortage in the area,” he said.

Not everyone agrees with Dimitrov. A recent survey organized by Cook County officials illustrates this reality. Land Services Director Tim Nelson said that among those who completed the vacation rental survey, more than 70 percent said they were full-time Cook County residents. The number one topic people who took the survey said they want the local vacation rental committee to discuss is how vacation rentals are impacting long-term rental housing or home ownership options for local residents.

Among the nearly 600 people who completed the survey about vacation rentals in Cook County, more than 60 percent of the people who responded said they had either a somewhat unfavorable opinion, or a very unfavorable opinion about vacation rentals in Cook County. Meanwhile, about 34 percent had a favorable impression of short-term rentals.

Whatever impact vacation rentals are having on the housing stock remains a centerpiece of the debate when it comes to the love or loathe sentiments many in Cook County have about vacation rentals. For his part, Dimitrov said the benefits they bring to the community far outweigh any negatives.

“In my opinion, the positive impact of the vacation rentals goes beyond the undeniable financial impact,” Dimitrov said. “For my family it has made it possible to remain in Cook County and call this beautiful part of the world home. Our children attend the school, participate in sports and other activities. My wife and I work and volunteer in the community. We have made lifelong friends here.”