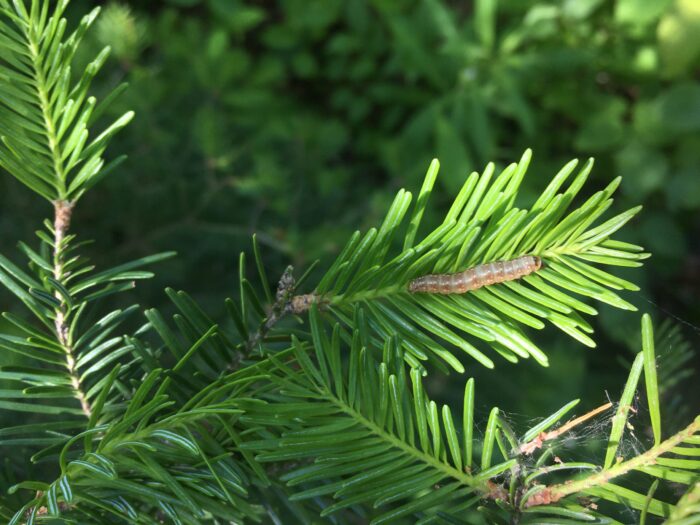 The prevalence of spruce budworm in the Superior National Forest is increasing. However, forest health specialists with the Minnesota Department of Natural Resources (DNR) say this is normal.

“Typically, how it works in Minnesota is that it feeds in one area for about 8 to 10 years. And then after it’s pretty much consumed its food source, it moves to different parts of the state, and then it kind of cycles back to that same area, 30 to 40 years later,” says Eric Otto, forest health specialist with the DNR.

The last influx of spruce budworm occurred in the 1980s in Cook County. Otto shares that Cook County is in line with the natural 30 to 40-year cycle.

In 2021, the DNR mapped roughly 384,000 acres of defoliation and mortality from spruce budworm. The highest amount since 1995.

Otto also shared an outlook for the next influx of forest tent caterpillars, better known as “armyworms,” too many.

“These cycles can be dependent upon, you know, climatic conditions, also different diseases, pathogens that can attack these different insects or other insects that help lower their populations,” Otto said.

WTIP’s Kalli Hawkins spoke with Eric Otto, forest health specialist with the Minnesota DNR, for an update on the health of the Superior National Forest. Audio from the interview is below.