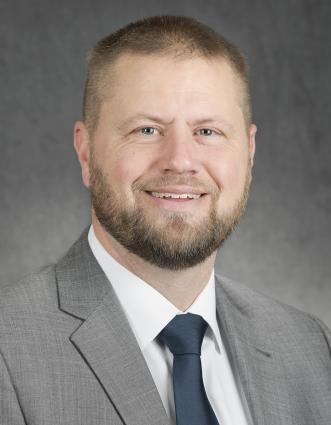 An elected official serving in the Minnesota House of Representatives who owns property on Poplar Lake finds himself in the middle of a dispute with the Cook County Land Services Department regarding unauthorized construction.

Republican freshman state Rep. Erik Mortensen, of Shakopee, purchased the property in question in October 2020. The property is located on the far east end of Poplar Lake near the Gunflint Trail.

Mortensen, whose politics continue to generate news headlines across Minnesota in 2021, failed to obtain the necessary permits to build a new structure on his property near the lakeshore.

According to Land Services Director Tim Nelson, at some point this summer “construction started on what has been referred to as a shed, or a bunkhouse, on their property, and they were issued a cease and desist order from further construction since the placement of that structure is in violation of the setback distances to Poplar Lake.”

Nelson said in an email sent to WTIP that Mortensen and his wife, Kari, were “under the impression that no permit would be necessary due to the initial size of the structure being under the 160-square-foot exemption for permits, and stated that they were unaware that the structure would still have to adhere to the appropriate setback distances.”

Though local jurisdictions often set specific requirments for land use policies, it is the Minnesota Legislature, to which Rep. Mortensen belongs, that has authority and generally sets policy on this issue statewide.

WTIP reached out to Mortensen for comment on this story. He did not respond to multiple requests for comment.

After the initial cease and desist order was issued by the county, Mortensen continued with construction on the site, according to a complaint filed with the land services department Sept. 15, Nelson said.

The Cook County Land Services Department again visited the Mortensen property Sept. 15 to follow up on the verbal complaint. Indeed, additional construction had occurred on the structure in question following the cease and desist order, Nelson confirmed with WTIP. The violation will be presented to the Cook County Attorney’s office for further review, Nelson said.

Cook County Attorney Molly Hicken confirmed with WTIP that she spoke with Nelson about the situation regarding the Mortensen property. Though she declined to comment specifically about Mortensen, Hicken summarized what the county ordinance says about cease and desist orders and violations, and her authority to act under the ordinance.

“Land services has power under the Cook County Zoning Ordinance to issue cease and desist orders requiring a property owner from building, moving, altering, or using property in a way that violates the ordinance. The department also investigates all violations, notifies owners, and directs owners to correct violations within a reasonable time.”

When such a violation occurs, it is then reported to the county attorney who “shall take appropriate and immediate action on the matter.” This may include initiating action to “prevent, restrain, correct or abate violations or threatened violations,” Hicken noted.

Meanwhile, there is a hearing scheduled before the local board of adjustment on Oct. 20 to review a variance application submitted by Mortensen. Nelson said that until the hearing on Oct. 20, it was made clear that “no construction should be continued on the property until and if the variance is approved.”

Though he is a first term member of the House of Representatives, Mortensen is no stranger when it comes to media coverage. Mortensen was ousted from the ‘New House Republican Caucus’ in May 2021 and is not shy about his disdain for COVID-19 protocols and public health measures. More recently, Mortensen attended an event hosted by My Pillow owner and fellow Minnesotan Mike Lindell in which he claimed to offer proof that the 2020 presidential election was stolen.