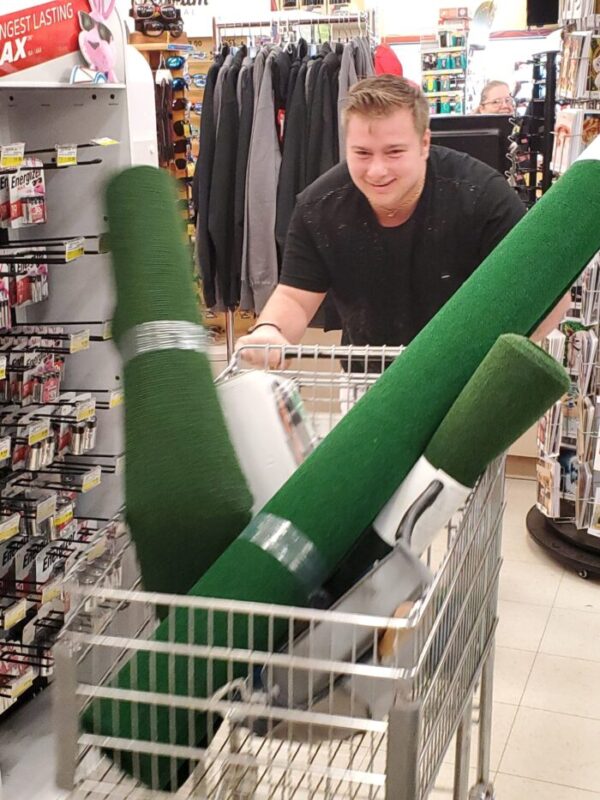 There have been many versions of the game show Supermarket Sweep. It originally aired on television in 1965. The show was revived and was on the air from 1990 – 1995. And there is a current Supermarket Sweep hosted by the very entertaining former Saturday Night Live comedian Leslie Jones.

But there has never been a North Shore version of Supermarket Sweep—until now.

In an employee appreciation event, Bluefin Bay Resorts held a drawing for staffers that included the opportunity to participate in a unique version of Supermarket Sweep. The lucky employee drawn had three minutes to dash up and down the aisles of Buck’s Hardware to fill their cart–or carts–with merchandise, up to $1,000.

Bluefin Bay Resorts Manager James Taylor explained that all of the Bluefin employees received a $50 gift card for a local business and had a chance in the drawing. The lucky winner was Evan Dunn, restaurant manager at Bluefin Grille.

Jes Rodne of Buck’s Hardware said the store was delighted to see this event take place there. The fun was contagious as Buck’s staff and shoppers helped Evan load one of his large items–a grill–into his cart. Evan also grabbed other things he wanted for a deck upgrade, as well as some kitchen supplies.

Three minutes passed very quickly and WTIP’s Rhonda Silence was on hand to see the action. Her report is below.

Bluefin Bay also created a video of the sweep. It can be seen here. 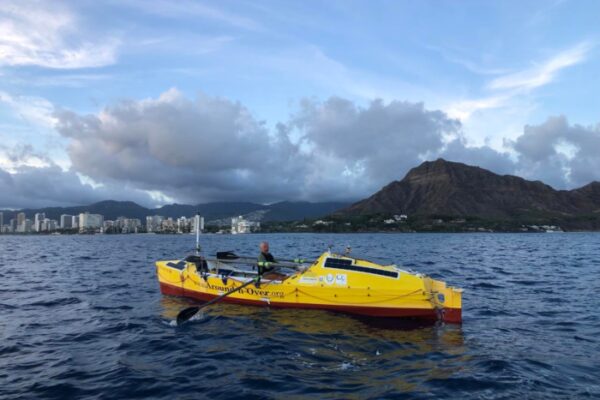 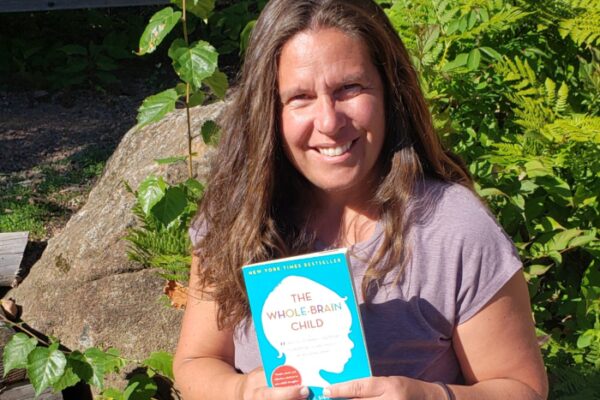