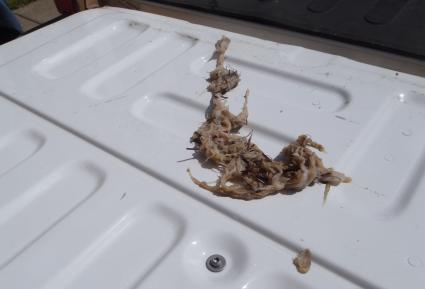 Rock snot is back in the news.

In 2018, WTIP and the Minnesota Department of Natural Resources advised anglers, hikers and other users of the Poplar River to be aware that a species of freshwater algae called didymo, also known as “rock snot,” was identified in upstream waters of the Poplar River near Lutsen. News that the algae was in the river meant it moved beyond the Lake Superior splash zone where it was previously documented. In fact, this type of algae is present in low densities in Lake Superior, but was not previously documented in the upper watersheds at any point in history.

According to the DNR, the freshwater algae live in low nutrient, low-temperature environments that are common in North Shore streams and Lake Superior. Under the right conditions, this type of algae can form dense mats of brown slime that smother streambeds, according to the DNR. It is also quite unpleasant by physical appearance, though it does not present a danger to humans. That being the case, in the summer of 2020, it was being confused for toilet paper and human waste floating in Lake Superior.

WTIP’s Joe Friedrichs spoke with Ilena Hansel, the district manager for the Cook Soil & Water Conservation District, and Heidi Rantala, a freshwater ecologist for the DNR based in Duluth, about the 2020 ‘rock snot’ reports and findings.