The history of falconry and its connection to northern Minnesota

Falconry is an ancient style of hunting, dating back thousands of years. While it originated in Asia and the Middle East, the hunting sport has been passed down through generations and cultures worldwide.

The sport wasn’t introduced to North America until the early 1900s. It arrived to Minnesota during the 1970s, according to state officials.

WTIP’s Kalli Hawkins spoke with Jackie Fallon, the secretary of the Minnesota Falconers Association. In addition to her role as secretary, Fallon is a dedicated sportswoman who has been practicing falconry for nearly 20 years.

“Here in North America, we have several thousand falconers that utilize hunting with a trained bird of prey and actively taking game,” Fallon said.

Fallon explained that thanks to the continued dedication and commitment of falconers, she can experience and practice the ancient style of hunting in Minnesota in the 21st century.

Compared to traditional hunting with a gun or a bow, hunting with a bird involves a more profound commitment of attention, time, and knowledge of “quarry” or prey.

Fallon said she was initially drawn to the sport of falconry “because of the relationship you can have with your bird.”

Fallon’s relationship with her bird is unlike any other and allows her to experience hunting through a new lens.

“When I hunt with it, it’s more of building a trust with that bird to hunt cooperatively with you,” she said.

While Fallon has experience using multiple bird species, she primarily uses a Red-Tail Hawk due to northern Minnesota’s weather conditions and available quarry. Just as gun or bow hunting, the sport of falconry is regulated by the Minnesota Department of Natural Resources and has to abide by established hunting seasons and regulations.

In addition to practicing falconry, Fallon said hunting and conservation are intrinsically tied together.

“You’re not going to have hunting for future generations if you don’t preserve the habitat and the prey,” she said.

Fallon’s balanced appreciation of both quarry and Red-Tail Hawk helps her define her relationship with the natural world.

“I don’t value a red tail hawk any more or less than a cottontail rabbit,” Fallon said.

Fallon’s continued work with the Minnesota Falconers Association has also led to rebounding populations of peregrine falcons in northern Minnesota. In addition, the association has been integral in helping to boost kestrel populations by building kestrel boxes and improving habitat.

WTIP’s Kalli Hawkins spoke with Jackie Fallon about the ancient history of falconry, conservation, and its connection to northern Minnesota. Audio below. 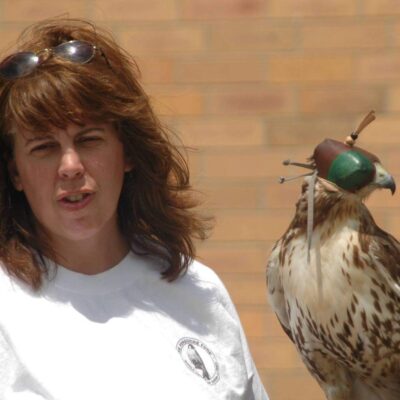 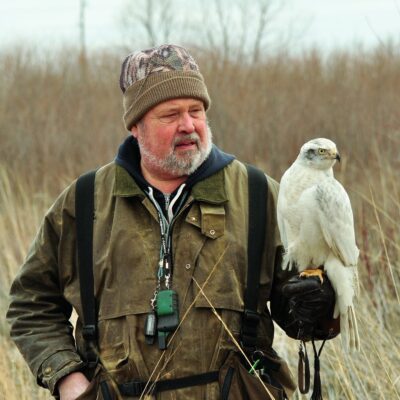 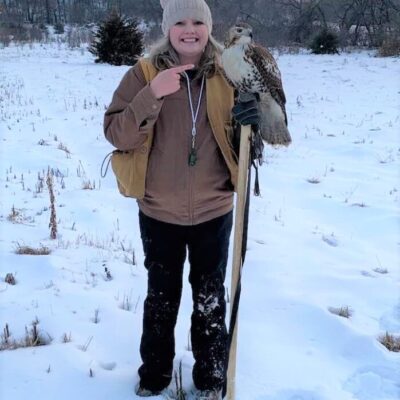 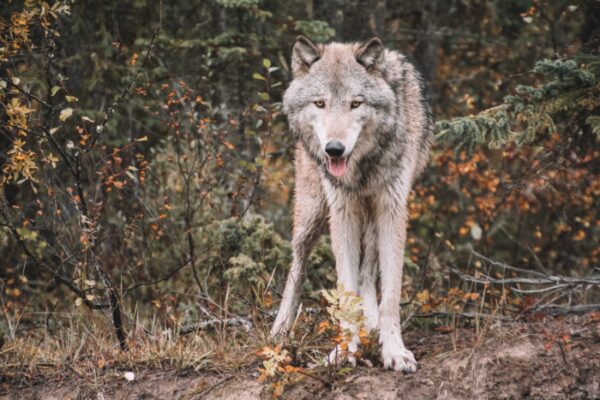 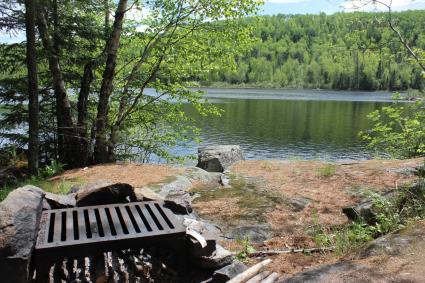 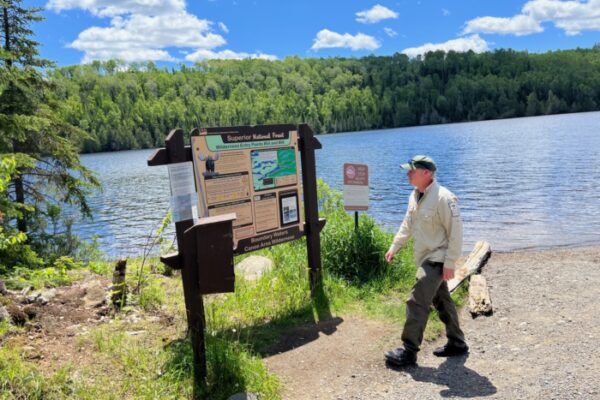 Outdoor News The ‘blue walleyes’ of Cook County and the BWCA Read More
©2022 WTIP | Website Design & Development by W.A. Fisher Interactive. Report Problems.
We use cookies to offer you a better experience, analyze site traffic, and serve targeted advertisements. By continuing to use this website, you consent to the use of cookies in accordance with our privacy policy. X