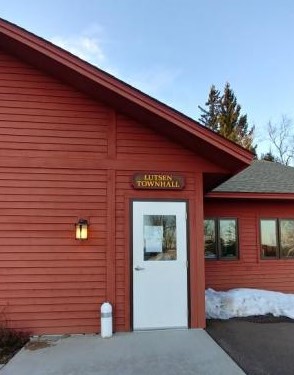 Time to file for township office is now

The county commissioners who were elected in November 2020 have been seated. Ballots are going out soon to voters in Commissioner District 1 to fill the commissioner seat made vacant when Bobby Deschampe resigned after becoming the Tribal Chair of the Grand Portage Band of Lake Superior Chippewa. That special election will be on February 9.

But that’s not the end of elections for Cook County. Local townships–Lutsen, Tofte, and Schroeder–hold their annual elections on the second Tuesday in March, which in 2021 is March 9.

The filing period for township office opened on December 29 and will close next Tuesday, January 12. Each township will have a supervisor and a treasurer seat on the ballot.

Candidate filing forms are available at the Cook County Auditor’s office at the courthouse or by contacting the town clerk of the respective township. There is a $2 filing fee.

In Lutsen, that is Clerk Sharon Hexum-Platzer. To schedule a time to pick up a form, call Hexum-Platzer at (218)663-7002 or email lutsentownship@gmail.com.

Hexum-Platzer told WTIP that incumbent Supervisor Colleen Brennan is not running for re-election. Brennan served a one-year term after Supervisor Christine Ordeman moved away from the township. Lutsen resident Elis Walsh filled the role temporarily but did not run for the one-year term filled by Brennan. Clerk Hexum-Platzer encourages a Lutsen resident to file for the board.

Lutsen Treasurer Ashley VanDoren is running for re-election, but has not yet officially filed.

Burkett said Supervisor Sam Crowley has stated he will run for re-election, but he has not yet officially filed.

Tofte Treasurer Dan Shirley, co-operator of Sawbill Outfitters and a school board member at School District 166, is undecided about running again for the treasurer seat. He has stated that he hopes someone comes forward to run for that office.

In Schroeder, candidates may schedule a time to file with the Clerk Anna Green by calling 218-370-9425.

Green said Supervisor Bruce Martinson is running for re-election and has filed. There will be an additional space on the Schroeder ballot to fill the vacancy created when Rick Anderson moved away from the township. Lloyd Chase was appointed to fill that seat and he is officially running for that office.

Green said Treasurer Carla Menssen is running for re-election, but has yet to officially file for office.