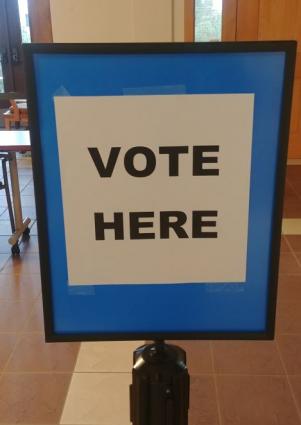 Voter turnout was light, which was somewhat expected as there were no contested races for any town board seats.

In Lutsen, 29 votes were cast. There were 17 votes for write-in candidate Chris Homyak, who was elected to the supervisor seat. Ashley VanDoren was reelected as treasurer with 26 votes.

Eleven votes were cast in Tofte and Supervisor Sam Crowley was reelected with 11 votes.

For the treasurer position, six votes were cast for Dan Shirley, the incumbent, who had encouraged another citizen to come forward to run for the treasurer. Tofte Clerk Kay Burkett said the town board would be reaching out to Shirley to see if he is willing to accept the job once again.

Tofte held its annual meeting in person, in the gym at the Birch Grove Community Center where there was room for appropriate social distancing.

The township budget was presented with a decrease from $270,960 to $195,650 for 2022. The budget will be finalized at a continuation of the annual meeting in August.

The township also looked at options for a new playground to be installed at the Town Park this summer.

As planned there was no discussion at the Schroeder annual meeting. The meeting was called to order, the board said the Pledge of Allegiance, and a motion was made to postpone the meeting until the August continuation.