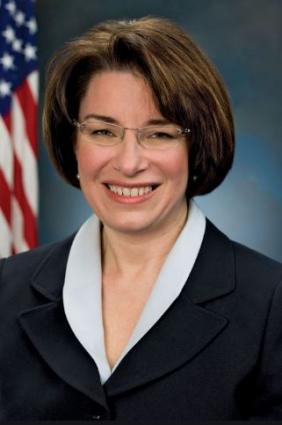 On the eve of Super Tuesday, the first presidential primary for Minnesota since 1992, there is word that Sen. Amy Klobuchar has ended her Democratic presidential campaign. According to an Associated Press report, a Klobuchar staffer says Klobuchar is flying to Dallas and plans to join Biden at his rally tonight.

Klobuchar was the third presidential candidate to drop out of the race in less than 49 hours, following Pete Buttigieg’s departure late Sunday and Tom Steyer’s exit late Saturday. Their decisions seem to be a push among moderates to consolidate behind Biden as a counter to progressive rival Bernie Sanders.

Klobuchar outlasted several better-known and better-funded Democrats, thanks to a better-than-expected third-place finish in New Hampshire. But she couldn’t turn that into success elsewhere, as she struggled to build out a campaign that could compete across the country and had poor showings in the next contests.

She also faced some tough questions about her prosecutor past and her involvement in the prosecution of a black teenager accused of the 2002 shooting death of an 11-year-old girl. That issue followed Klobuchar on the campaign trail, with protesters forcing her to cancel a rally in suburban Minneapolis days before Super Tuesday.

Klobuchar continued to rack up endorsements even as her campaign struggled, getting the backing of newspapers including the Houston Chronicle, The Seattle Times and the New Hampshire Union Leader, but the momentum was apparently not enough.

All this leaves local voters, many who may have cast their vote for Klobuchar–or the other candidates who have withdrawn, such as Buttigieg or Steyer–wondering where they stand. Can they rescind their ballot and vote for another candidate?

WTIP asked Cook County Auditor Braidy Powers, who oversees local elections and the answer is no. Once ballots have been removed from the mail-in envelope and counted by the system, there is no chance to retrieve them.

So it is yet to be seen how many votes Klobuchar, Buttigieg and Steyer will receive despite their last-minute withdrawals.

Anyone with questions about this or anything else pertaining to the presidential primary, call the Auditor’s Office at 218-387- 3640.