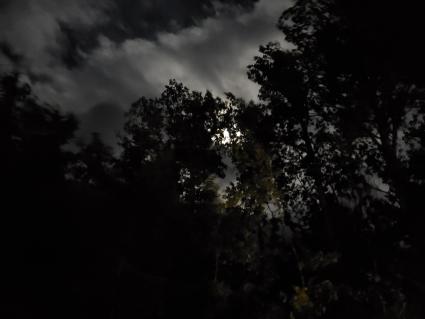 Gales up to 60 mph swept through Cook County and the North Shore Friday night (March 25), causing power outages, difficult travel conditions and frustration for many impacted by the relentless driving wind.

The strongest gust of wind recorded by the National Weather Service topped out at 66 mph Friday night.

Properties throughout the county were impacted by the storm, with power outages reported at the end of the Gunflint Trail and along the entire North Shore. Reports of trees falling on power lines reached the WTIP News Desk Friday night, including one such event on Cascade Beach Road near Lutsen where sparks shot from a downed power line. There was a similar event after midnight in Grand Portage.

Residents in the Grand Marais area felt the worst of the wind and its impact on how humans function in a modern world, with power outages impacting most city residents for more than five hours, something many residents are not accustomed to, as the city is normally able to start its backup generation plant. Without electricity, some residents reported to WTIP they were scrambling to find flashlights and candles to see inside their home.

Preliminary reports indicate the city of Grand Marais had issues getting backup diesel generators turned on to restore power, according to information shared with WTIP on March 26. It remains unclear if the issue of getting the generators started had to do with issues at the city public utility building or with Great River Energy and the feed arriving to supply power to the city.

Power was restored for most Grand Marais residents around 1:50 a.m. Saturday. Some Cook County residents remained without power to start Saturday morning. The social media pages of local residents were flooded with chatter of power outages.

Many Cook County residents and visitors to the North Shore woke up Saturday morning to find cellphone service was not working efficiently. WTIP reached out to the Cook County Management Information Systems (MIS) Department to find out more on the spotty cell coverage to start the new day. No information on the coverage issues were immediately available from the MIS department. Earlier Saturday, there were also reports of slow Internet traveling via broadband fiber en route to reaching homes throughout the county.

Rhonda Silence contributed to this report.