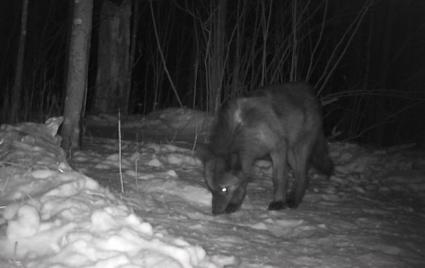 Wolves traveling and hunting near the North Shore is a common occurrence each winter. That being the case, a number of incidents involving wolves near Grand Marais have left some feeling uneasy when it comes to outdoor recreation or even what they might see out their living room windows.

Much of the discussion stems from an incident earlier this month involving the mayor of Grand Marais and wolves attacking his dog near the popular Pincushion Trail System just outside city limits.

Following that, a report came in from another local resident who witnessed a pack of wolves take down and consume a deer in their yard just east of Grand Marais.

Though wolf sightings are fairly common in the winter months near Lake Superior, there are newsworthy changes to wolf management in Minnesota this year.

The U.S. Fish and Wildlife Service delisted wolves from Endangered Species Act protections Jan. 4. As a result, Minnesota will recognize two management zones for wolves in the state.

In the core range, which includes Cook, Lake and St. Louis counties, state law allows owners of livestock or domestic animals to shoot or destroy wolves that pose an immediate threat to their animals, on property they own or lease, in accordance with local statutes. “Immediate threat” means the owner observed a wolf in the act of stalking, attacking, or killing livestock, a guard animal, or a domestic pet under the supervision of the owner.

WTIP’s Joe Friedrichs spoke with Minnesota DNR Conservation Officer Kylan Hill about the recent wolf reports from the Grand Marais area and some of the changes in wolf management near the North Shore and throughout northeastern Minnesota.