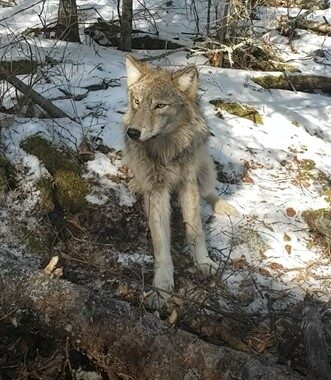 Wolves back under federal protection in Cook County and BWCA region

Minnesota wolves, including those roaming Cook County and in the Boundary Waters Canoe Area Wilderness region, regained some of their protection from humans this week.

A judge restored federal protections for gray wolves across much of the U.S. on Thursday, after their removal in the waning days of the Trump administration exposed the predators to hunting that critics said would undermine their rebound from widespread extermination early last century, the Associated Press reports.

U.S. District Judge Jeffrey White in Oakland, California, said the U.S. Fish and Wildlife Service had failed to show wolf populations could be sustained in the Midwest and portions of the West without protection under the Endangered Species Act. The service also didn’t adequately consider threats to wolves outside those core areas, White said.

Minnesota has the largest wolf population in the lower 48 states and is home to an estimated 2,700 wolves across nearly 40,000 square miles of northern and central Minnesota. Through the efforts of federal, state and tribal partners, the wolf population is well established in all parts of its suitable range, according to information sent to WTIP from the Minnesota Department of Natural Resources in 2021.

Wildlife advocacy groups said the judge’s order would most immediately put a stop to hunting in the Great Lakes region, where Wisconsin officials had come under criticism after a wolf hunt last year blew past the state’s quotas, killing 218 wolves in four days.

“Wolves in the Great Lakes region have a stay of execution,” said John Horning with the environmental group WildEarth Guardians.

Wolf attacks on livestock or pets in Cook County are uncommon, but do happen.

And wolves in some places have reduced the size of elk, moose and deer herds, their natural prey. That has stirred anger among hunters who target the big game animals.