Robert Saethre, a 1983 graduate of Cook County High School, is now working as an electrical engineer at Oak Ridge National Laboratory in Tennessee. He works in the Spallation Neutron Source section at the lab, a group leader for the lab’s accelerator.

WTIP’s Rhonda Silence reached out to Robert to learn more about his engineering career and about his interesting work at Oak Ridge National Labs. Here’s their conversation. 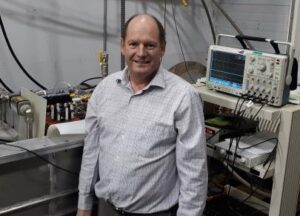