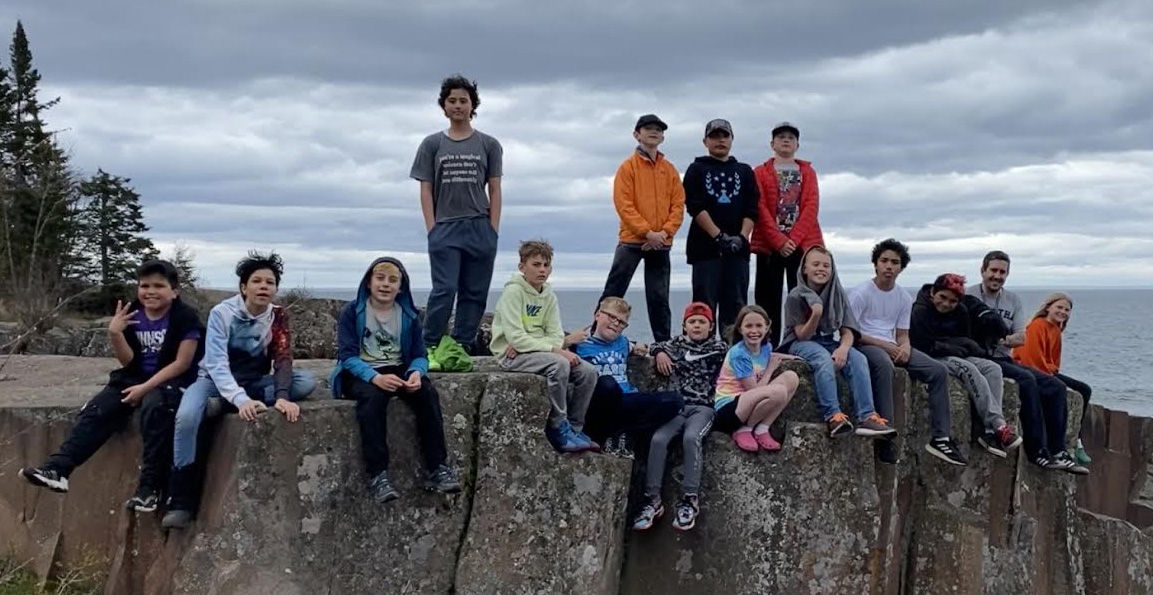 It’s been a cold wet spring on the Gunflint Trail, interspersed with a few gorgeous sunny mornings or afternoons. One of the benefits of colder temperatures is that the gnats are less of a bother. One of the benefits of wetter weather is that wet birds stay put far longer than they do when it is sunny and dry, so I can observe them for longer periods. After a recent rain, I watched a group of wet finches in a birch tree. They were evenly spaced out around the crown of the tree, fluffing themselves up, drying off their feathers before they took wing once again. They stayed there for quite some time. One day I watched a wet hummingbird perched on a slender branch of a birch tree, sheltering under a leaf, the leaf acting like a little umbrella.

I’ve seen the summer bird population change and grow over the past few weeks. The summer human population is now following that trend. I’ve been socializing more — talking to way more people than I do in winter. I’ve found that when I don’t talk to a lot of people, I pay more attention to what the birds are saying — and singing. I learned recently that some bird songs have changed over the years, so I think every song is a like little bit of history. It makes me wonder how the bird songs sounded thousands of years ago. Did the dinosaurs sing? And I wonder what developed first: feathers, wings or song? It’s a delightful thought, isn’t it, that maybe flight came first and then song burst forth out of pure joy and exuberance.

I know what joy and exuberance look like on a gravel road on a sunny afternoon: It looks like a swarm of spring azure butterflies — a kaleidoscope of butterflies — alighting briefly on a wet sandy patch of earth. When I stood still they settled on the ground at my feet. With their wings folded, they look like small quivering gray petals moving gently across the grains of sand. The blue color is all on the top side of the wings. I moved my feet and they were off — flying around in a pale blue flower storm of tiny wings.

Despite the recent cold and rainy weather, I had the perfect day for a very special hike in the woods with a very special group of people. At Sawtooth Mountain Elementary School, I met teacher TJ Long and his fifth grade class at their outdoor classroom. From there we walked into the woods and up toward the ridge above Grand Marais. The students split off from the path, searching the woods for nature observations to share with me. I had suggested some things to look or listen for: animals, birds, mushrooms, plants — anything that caught their eye, ear or imagination. Then we asked “wondering” questions about what we saw.

Along the trail, Mr Long found a nice spot with lots of beautiful moss. We went to check it out. One of the students, Benny, an experienced grouse hunter and tracker, starts us off.

Benny said, “You can use the moss for forts and for beds to keep it cozy and warm and on the roof to keep the rain out.”

Adyssey noticed that moss has no roots.

Wyatt spotted a bird, “I saw a white throated sparrow. It looked like it was hiding under a tree in the shade. It made little birdie chirp noises.”

Lucas watched another bird for a while and reported back, “There was a bird. It was looking for bugs. It was, like, throwing around leaves and stuff. It looked like he was kicking something. Someone said he was burying something. It made me wonder what he was doing.”

Ryker was very excited about his finds: “I just found this giant piece of birch bark with TONS of moss on it. There are TWO types of moss that I found. One is really lighter green and seems more veiny. The other one is darker green that’s really fluffy.”

Ryker also drew an accurate picture of the strawberry leaves that we found. It was too early in the season to pick any strawberries. We ran out of time — the students needed to get to their next class — and I didn’t get a chance to record Elise’s discovery of a bird’s nest made of grass and birch bark. Benny thought it was a grouse nest.

These kids are bright, friendly, energetic and at home in the woods; it made me wish I was in fifth grade again, but this time around I think I’d go to Sawtooth Mountain Elementary, where nature is right outside the door, ready to be explored.

Thank you, TJ and Benny, Aubrey, Phoebe, Adyssey, Ryker, Elisa, Lucas, Gunnar, Wyatt, Tony, Aricin, Dwight, Ty,  Jonah, Javi, and Waylon for a delightful afternoon walk in the woods at the foot of the Gunflint Trail.

This is Marcia Roepke