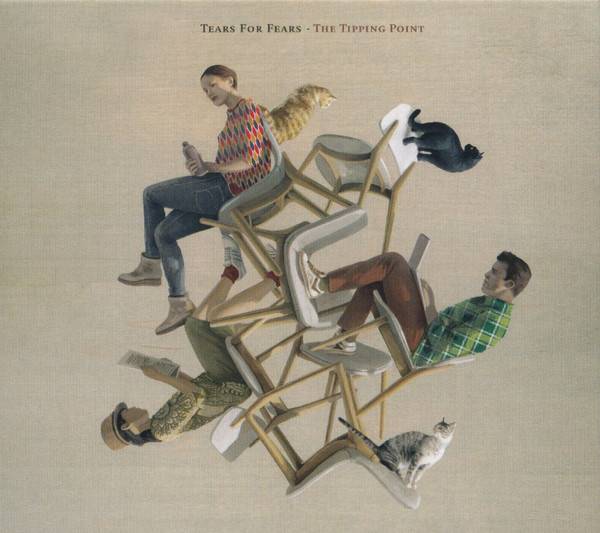 Now here’s an album that beings with a whistle-and-stomp folk pop song that sounds like any number of Lumineers-adjacent bands that have cropped up in the last decade or so. But what if I told you it was written by the same guys who did the song “Shout”?

That’s right, it is Tears for Fears! The English duo of Roland Orzabal and Curt Smith who had a string of huge hits in the 1980s like this one, Shout, and Everybody wants to rule the world among others. They were an unremovable part of the 1980s music scene and history, integral to the rise of the new wave and synthpop sounds of the era. The duo broke up for a good chunk of the 90s and returned around the turn of the century for one more reunion album for going totally radio silent for over 18 years. Until now.

But why now? Why come back with this new album The Tipping Point? And why does it sound like this?  Well thankfully it doesn’t for very long, but there may be a reason for its placement before the duo returns to form at long last. The Tipping Point is an album that has been in production for the better part of the last decade. Looking for a return in the early 2010s, Tears for Fears started work on a new album, but their management company wanted them to put out a record that would appeal to a younger crop of fans rather than those who supported the band decades back. Through a contentious slog of a writing process and middling interest from labels, the project was ultimately scrapped and the band nearly dissolved again, but in 2020 Orzabal and Smith decided to give things one more shot. They left their old management for a new team and started over on an album where they got to do things THEIR way. That acoustic opening we just heard, I wonder if it could be a sort of expression of breaking out from corporate restraints into their true artistry

So how does it sound? After all this time it does sound more modern, but most of that is 21st century production polish rather than songwriting. The truth is it really just sounds like a Tears for Fears album, and that’s all it needs to be! That constant building of layers and rhythms with vocals that haven’t aged a day, creating some compelling and emotional tracks. The synths are newer sounding, but retain a lot of that original 80s goodness, there’s some real Phil Collins channeling on a couple songs, The song My Demons could have been a hit of theirs back in the day easily, it’s got that same explosive tinge over the moody electric soundscapes

The Tipping Point comes out super strong but gets a little sappy and slow in the middle section for my tastes, but it’s hard to complain about it knowing the band got one more chance to give it all they had. Tears for Fears proves that when it comes to music, the best way to connect to a new younger generation of fans is not from marketing strategies or focus group research, but merely being true to yourselves, and this record is all the better for it.