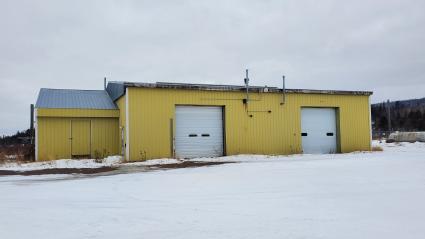 The Grand Marais City Council wrapped up 2020 with a relatively short meeting that covered a lot of ground and will lead to the removal of an old public works building near the Grand Marais waterfront.

The city reviewed bids from five companies for the removal of a garage in the Grand Marais Recreation Park, near the boat launch. The structure was used as a maintenance garage by the Public Utilities Commission for decades. The PUC moved its operations to a new building on the outskirts of the city on Highway 61 in 2018. The old garage is being removed in preparation for enhancements to the marina in the recreation park. The harbor improvements are scheduled to begin this spring.

Because the project was estimated to be less than $100,000, the city did not have to conduct a sealed bid process. Five bids were received for demolition and removal and the city went with Veit for $35,500. The city council noted that it would have liked to hire a local contractor for the work, but the price difference between the lowest bid and the others was $13,000. Councilors said there was no way to justify not accepting that lowest bid and a unanimous motion passed to hire Veit for the demolition project.

The city also had its second reading of the proposed changes to its zoning ordinance, making changes regarding lot sizes, setbacks, etc. in an effort to make it easier to develop housing in the city. The new zoning ordinance can be seen here.

City Councilor Kelly Swearingen started a discussion on how the city council could show their appreciation to city workers. It was noted that it has been a difficult year and the council appreciated the work of city staff to keep city operations running in the midst of the pandemic.

WTIP’s Rhonda Silence spoke with Grand Marais Mayor Jay Arrowsmith DeCoux about the last meeting of 2020.
= = = = = =
In related news, the City of Grand Marais holds its first meeting of the year on Wednesday, January 13 at 6:30 p.m. via Zoom. At that meeting, the city will appoint council members and citizens to various boards and committees; will select the acting mayor; designate the official newspaper and financial institutions, and more. All of those matters are annual organizational procedures.

The city is still seeking citizens to serve on the Cook County/Grand Marais Economic Development Authority, Grand Marais Planning and Zoning, and the Public Utilities Commission. Anyone who would like more information on applying is encouraged to call City Hall at 218-387-1848 or email City Communications Director Patrick Knight at patrick@grandmarais.city.