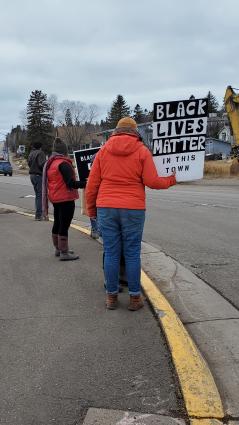 Community members were invited to gather along Highway 61 in Grand Marais at 5:00 p.m. on Friday, March 26 to take part in an Anti-Racism Rally.

About 30 people came to stand by the Highway bearing signs asking for an end to racism. Many people held “Black Lives Matter” or “BIPOC Lives Matter.” Others held signs with the names of people who have died while in police custody. The small patch of grass near Java Moose looked almost like a graveyard, with numerous signs bearing the name of someone whose life ended during an encounter with law enforcement. Along with the names was another sign encouraging visitors to “Say their names.”

There were no counterprotests and most of the motorists driving by ignored the demonstration or gave a honk of support. However, one vehicle did a burn out and gave a “thumbs down” gesture.

WTIP’s Rhonda Silence visited the rally to talk to some of the participants. Here’s her report. 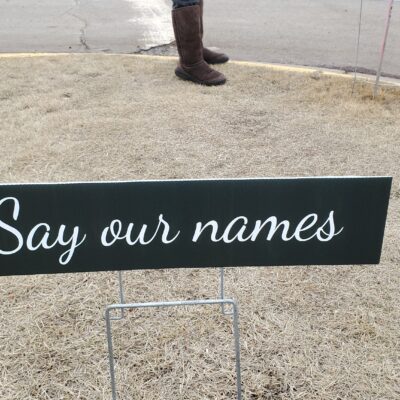 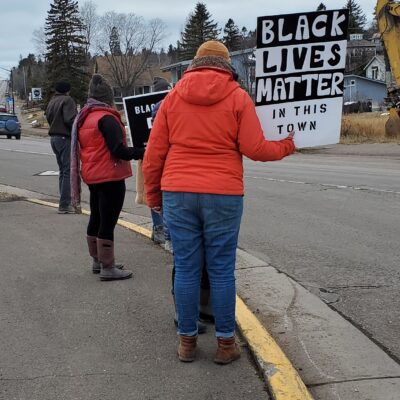