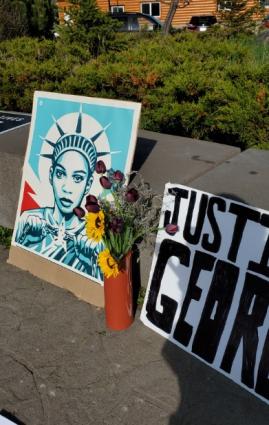 May 25 marks the one year anniversary of the murder of George Floyd by then-police officer Derek Chauvin. Floyd’s death became a catalyst for activism and an examination of policing in America.

Arrowhead Indivisible hosted a George Floyd Memorial at 5 p.m. in Harbor Park in Grand Marais. Attendees were invited to honor the life of George Floyd and the movement his murder inspired.

There was a temporary memorial for Floyd, with signs asking for justice and peace for all. There was music, Ann Russ of Grand Marais sang a gently song by Eric Bib, Send Us Brighter Days.

The event included 9 minutes and 29 seconds of silence. 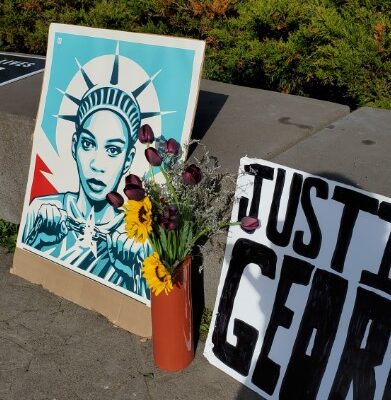 A temporary George Floyd Memorial in Harbor Park, a year from the day he died on May 25, 2020. Photo by Rhonda Silence 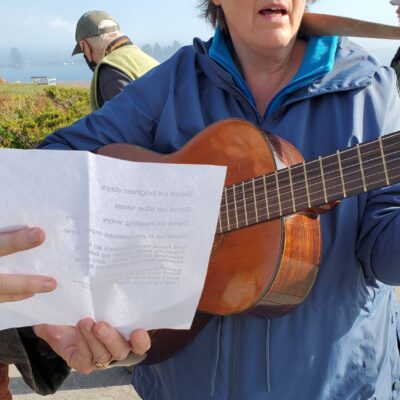 There was gentle music in Harbor Park at the Memorial for George Floyd on May 25, 2021. Photo by Rhonda Silence 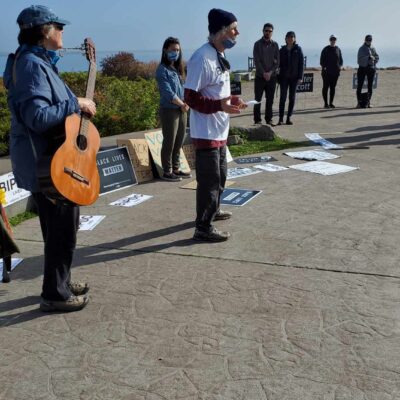 Just over 30 people gathered in Harbor Park for a George Floyd Memorial on May 25, 2021. Photo by Rhonda Silence 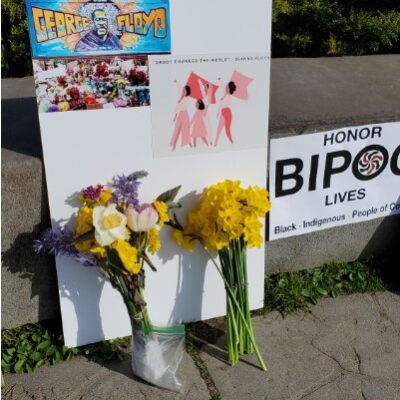