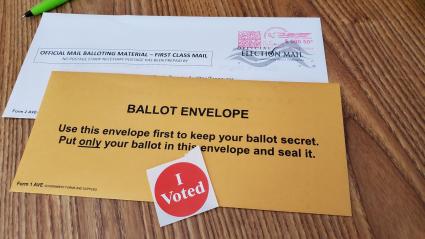 In Grand Marais there are three slots open–for mayor and two city council seats. As of 3:30 p.m. there are candidates for all three races. Grand Marais Mayor Jay Arrowsmith DeCoux has filed for reelection. Current City Councilor Kelly Swearingen also filed for mayor.

North Shore Health has candidates for both board positions on the ballot. Mary Sanders has filed to run in District 2 and incumbent Kay Olson is running for reelection in District 4.

In the special election filing to fill the commissioner vacancy in District 1, three candidates have filed. The vacancy was created when Robert “Bobby” Deschampe won the election for chair of Grand Portage Band of Lake Superior Chippewa. He resigned his commission seat to assume the role of Tribal Chair.

Regarding the primary election underway, County Auditor Braidy Powers says as of 3:30 p.m., his office had process 1,912 ballots, with 44 new voters registered. Powers spoke with WTIP’s Joe Friedrichs earlier about how things were going at the polls. Here’s their conversation.