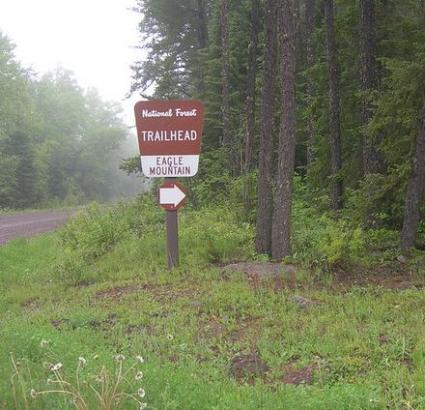 While most of the county was hunkered down waiting out a thunderstorm and tornado warning, some Cook County volunteers were out on the trail on a medical rescue effort.

A call reporting a 70-year-old man possibly having a heart attack came in to the Cook County Law Enforcement Center just before 3 p.m. on Sunday, October 10. The caller said the man from Ramsey was about two miles in from the Eagle Mountain trailhead. The man had been hiking for four hours before symptoms came on.

Rescuers staged as the weather worsened. Lutsen First Responders reached the patient at 4:25 p.m. and began transport of the patient as heavy rain and high winds began. At 5:41 p.m., the rescuers halted to take shelter on the trail as large hail fell. They also kept a watchful eye on the sky as a tornado warning was issued until 6:15 p.m.

The storm lessened and the emergency responders were able to continue, arriving at the Eagle Mountain trailhead and parking lot at 7:29 p.m.

The patient was taken by Cook County/North Shore Health Ambulance directly to St. Luke’s Hospital. There is no word on the man’s condition.

Of the responders, Cook County Sheriff Pat Eliasen said, “They deserve much respect for the job they perform under some very dangerous conditions. I cannot express enough gratitude for these folks and the sacrifices they make.”