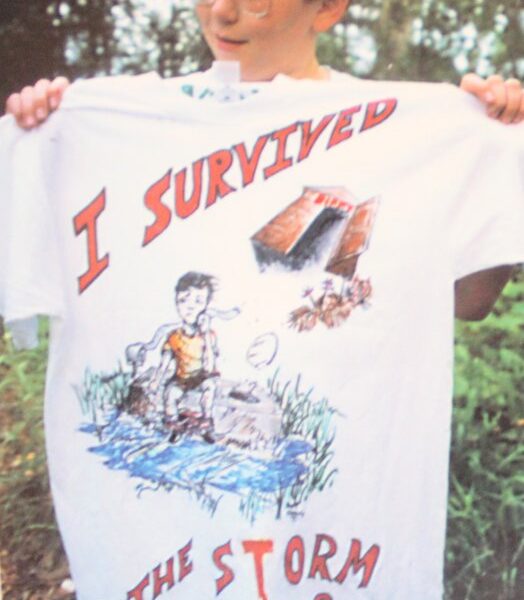 The 1999 Blowdown Storm: Looking Back After 20 Years

During the early-morning hours of July 4, 1999, a series of thunderstorms formed over portions of North and South Dakota.  As the day moved along, the storms grew in strength. Some of the storms formed into a bow echo and began moving across Minnesota with damaging winds.

Eventually, the “Boundary Waters Blowdown” would last for over 22 hours, travel more than 1,300 miles at an average speed of almost 60 mph, resulting in widespread devastation in both Canada and the United States. According to estimates by the US Forest Service, an estimated 25 million trees were blown down during the storm.

As the storm raced into northeast Minnesota during the early afternoon of July 4th, its power was unleashed on many people camping in the Boundary Waters Canoe Area Wilderness and other parts of Cook and St. Louis counties.

The 1999 Blowdown Storm: Looking Back After 20 Years is supported in part by the Minnesota Arts and Cultural Heritage Fund.

During the early-morning hours of July 4, 1999, a series of thunderstorms roared across northern Minnesota. In what would become forever known as “Blowdown Storm,” damaging and powerful winds would leave scars on the area some of which are still visible to this day. According to estimates by the US Forest Service, an estimated 25 million trees were blown down during the storm.

In the summer of 2019, WTIP is looking back on the Blowdown storm through a series of commemorative features and interviews with those who experienced the legendary storm firsthand.

Included in this series was a special community conversation program that aired lived June 20. WTIP’s Joe Friedrichs hosted the program. He was joined in the studio by Janice Matichuk from the Cache Bay Ranger Station in Quetico Provincial Park and by retired meteorologist from the National Weather Service in Duluth, Mike Stewart.

Several people also phoned in during the show to share their stories and memories from the Blowdown storm.

In part three of WTIP’s commemorative look back on the 1999 Boundary Waters Blowdown storm, we hear we hear about what the weather event did to Minnesota forests both during and after the storm.

Telling their stories and describing the forest scene following the storm are Cathy Quinn from the U.S. Forest Service and Lee Frelich with the University of Minnesota Center for Forest Ecology.

The forests of the Boundary Waters region were altered dramatically because of the storm, as controlled burns and multiple wildfires swept through the region during the past two decades. These fires, coupled with the toppling of trees during the July 4 storm, will reshape the forest landscape for generations to come.

In part two of WTIP’s commemorative look back on the 1999 Boundary Waters Blowdown storm, we share the stories of four people who were in different areas located near, or in, the Boundary Waters during the storm.

Sharing their stories are Bruce Kerfoot, Nancy Piragis, Myron Bursheim and Jeanne Kegler. Kerfoot was at Gunflint Lake during the storm. Piragis was guiding a group of women on a canoe trip on the western side of the Boundary Waters Canoe Area Wilderness. Bursheim was at his cabin on the shores of McFarland Lake near the east edge of the BWCA. And Kegler was in the community of Tofte on the North Shore of Lake Superior.

The similarities between the stories are expected, but so too are the differences in what the storm did in the four different areas of northeastern Minnesota.

Twenty years ago this summer the Boundary Waters and other parts of northern Minnesota were impacted by what is forever known as the Blowdown storm. On July 4, 1999, the storm roared through the region, impacting the wilderness area and lives of many thousands of people.

In part one of this series, we hear from Cook County resident Cindy Carpenter Straub. Cindy was camped on Pine Lake on the eastern side of the BWCA during the Blowdown storm. And we hear from Mike Stewart, a meteorologist from the National Weather Service who was working the afternoon of the Blowdown.

WTIP Community Radio · Blowdown Storm 1999 Part 1
©2022 WTIP | Website Design & Development by W.A. Fisher Interactive. Report Problems.
We use cookies to offer you a better experience, analyze site traffic, and serve targeted advertisements. By continuing to use this website, you consent to the use of cookies in accordance with our privacy policy. X