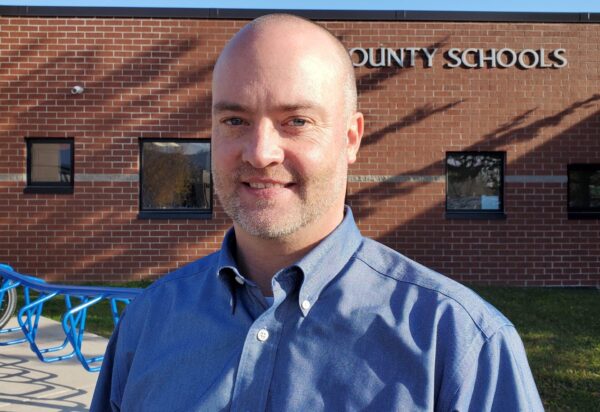 Masks now recommended, but not required, at ISD 166

After hearing from the public and reviewing the data on the number of COVID-19 cases in the county—and after a great deal of discussion—the School District 166 school board passed a motion to suspend the policy requiring face masks at the Grand Marais campus, effective Monday, February 28.

The move by the school board to suspend the policy delegates the decision on mask requirements to the superintendent.

There was a full house for public comments at the School District 166 school board special meeting on Thursday, February 24, with eight people asking the school board to lift the requirement for face coverings at school. One person asked the board to put off removing the face covering policy and to proceed with caution. Written comments were read from two people, one in favor of keeping the mask policy in place; the other asking for parents to have a choice on whether or not their child wears a mask.

One speaker, a paraprofessional at the school, stated that she is a cancer survivor and is immunocompromised. She said she has been fully vaccinated and she supports getting rid of the masks. She said she works with special education students and masks make working with them extremely difficult as they can’t see her face during speech therapy exercises.

One father asked the school board to consider the high vaccination rate in the county and among school staff. He said with that precaution, the face covering should be less of a concern.

A number of parents noted that students are spending time outside of school together and athletes are playing at sports events without masks. Several noted that other schools, like the Hibbing School District, have lifted their mask mandates based on declining coronavirus numbers across the state. Nearly all of the parents said their children were extremely uncomfortable wearing a mask all day and they asked to be given the choice of having their child wear a mask or not.

One parent expressed concern that the school board was not considering the “conservative stance.” He noted that senators and celebrities gather for events unmasked, but students are being forced to wear face coverings. He questioned the efficiency of masking and vaccination and said those who do not are “being rounded up like sheep.”

The lone commenter in favor of keeping the face covering policy in place thanked the school board and administration for their efforts in preventing the spread of COVID-19 in the school. She noted the spike in COVID-19 positive cases in January and said she believed the four days of distance learning helped slow the spread of the virus. She asked the school board to proceed with caution and not lift the mask requirement too soon.

School Board Chair Dan Shirley and Superintendent Chris Lindholm thanked attendees for their comments and Lindholm said the purpose of the meeting was to review ISD166 Policy 808, which set the metrics, or criteria, for when the face covering policy could be suspended. He shared the criteria set back in January.

Lindholm also reminded the board of the spike of COVID-19 in January. He said there was a “pause” of distance learning and said the school is now seeing a shift. He said he and Principal Megan Myers had met with Cook County Public Health Supervisor Grace Grinager and had developed three modifications to the metrics.

Because of the uncertainty in the positivity rate in the county due to the number of home COVID tests being done, Lindholm said they are suggesting removing that as one of the metrics considered. Lindholm said school administration is also recommending suspending the face covering policy when Cook County has had two full consecutive weeks with less than 15 new cases per 10,000 people (eight or less), instead of four weeks.

School administration also recommended looking at the COVID-19 case numbers in the school as well. They recommend lifting the requirement for face coverings when there have been 1 percent or fewer (five) new cases among School District 166 students and staff for two weeks. The new policy calls for reinstatement if the criteria is not met for two consecutive weeks.

Lindholm said as of the Thursday meeting, the criteria of the new policy had been met for one week.

Shirley said at this point in the pandemic he believes the school district needs to have a more nimble approach. He said the board has been highly involved in the past, but noted that changes and reactions take weeks. He expressed confidence in the leadership of Superintendent Lindholm and Principal Myers and introduced a motion to suspend Policy 808 requiring face coverings at School District 166, effective Monday, February 28.

Board members Deb White and Carrie Jansen both said they felt there should be some sort of policy in place. White asked how school administration would make a decision to reinstate a mask requirement if needed in the future. She said the school district needs to do more than react to public input.

Jansen said she would like to have some sort of policy to share with families or community members who ask her about the school’s response to COVID-19 and suggested using the county’s COVID-19 case count as the criteria for lifting or reinstating the mask mandate. Lindholm said he preferred making that decision based on cases at the school. He shared an example of another school district that had an outbreak in an assisted living facility. Those cases had no impact on the school population.

Shirley reiterated that he would like to empower the school district administration to make decisions, based on the COVID-19 numbers in the community and school as needed.

Lindholm thanked the board for considering the suspension of the policy. He noted that there has not been a COVID-19 positive case in the school this week and only one last week. However, he stressed that could change and if it did, the requirement may be reinstated for two weeks. He likened it to the short period of distance learning during the January COVID spike.

Before considering the motion, the timeline for suspending the policy was discussed and Shirley explained that he asked for an effective date of February 28 to give the staff who work in the building and students’ families time to decide how they want to handle the change.

Jansen asked to add an amendment to the motion to establish a policy for sharing information on the decision-making process with the public. Rogers noted that the switch to distance learning for several days had been communicated effectively and said she didn’t think that was necessary. Other board members concurred but asked Lindholm to continue to communicate with the public as it has been.

The motion finally passed with Shirley, White, Radloff and Rogers voting in favor; Jensen voting against.

Principal Myers expressed appreciation for the time to communicate the change to families.

Lindholm agreed and said he had to mention two things. One, that the Centers for Disease Control (CDC) still recommends that masks be worn indoors. He said it is not a mandate, but a recommendation. And two, he said there is still a federal requirement that masks be worn on school buses.

Lindholm said he looks forward to making the announcement, noting that he came on board in the midst of COVID-19. He said, “I haven’t seen their faces and they haven’t seen mine yet. I look forward to seeing them!”

Anyone who would like to view the Feb. 24 meeting can find the video on the school’s youtube channel.

WTIP’s Rhonda Silence spoke with Superintendent Lindholm after the meeting. Here’s their conversation.