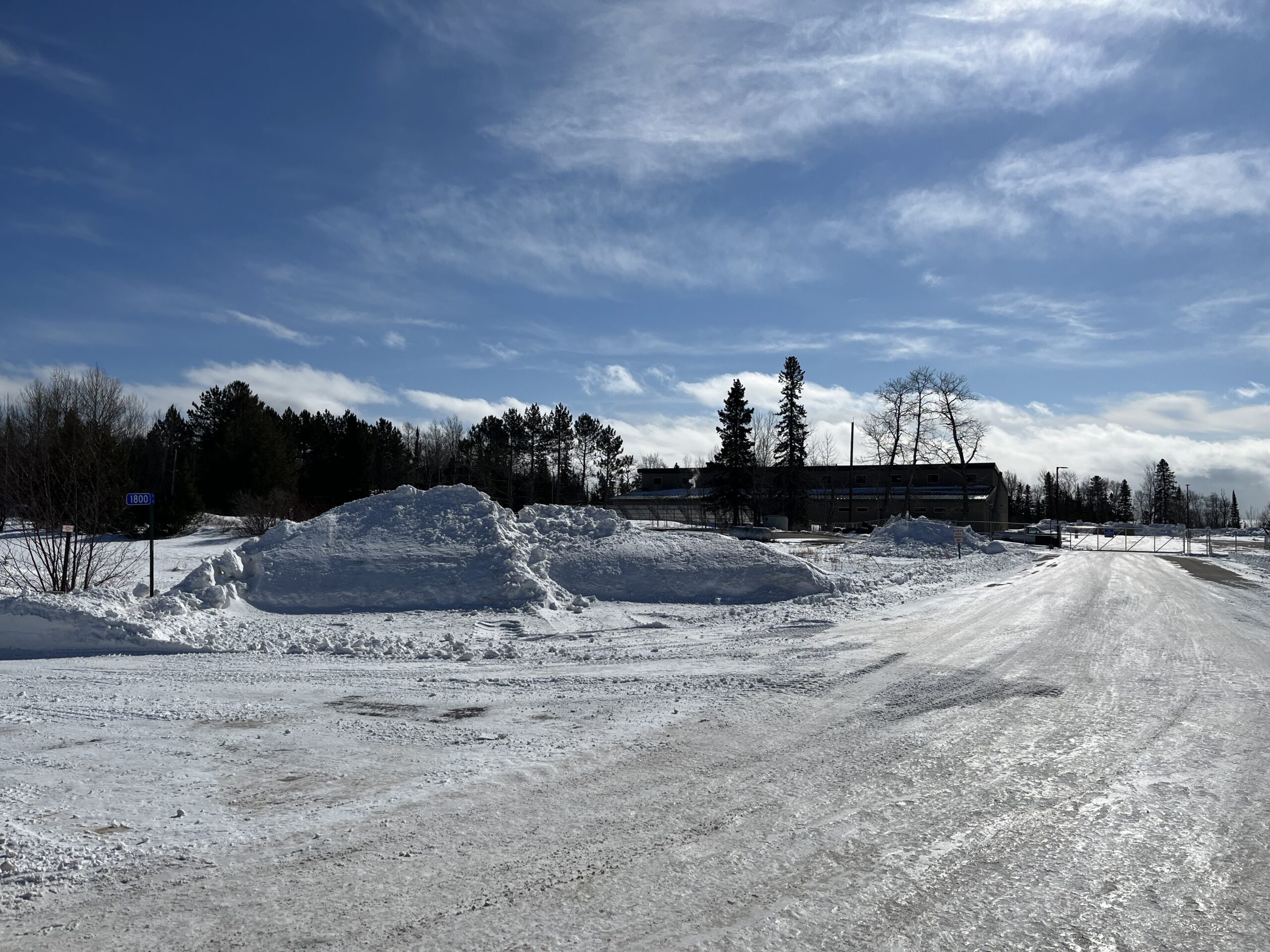 There was a draft resolution on the February 24 Grand Marais City Council agenda regarding the sale of city-owned property at 1800 West Highway 61, adjacent to the city’s Public Works Facility. However, the resolution was not passed and the sale did not happen—not because the city chose not to act, but because the buyer had concerns about some of the language in the purchase agreement.

Tim Kennedy, representing Gunflint Investments, LLC, had tentatively agreed to purchase the property for $95,000 and hoped to close on the property by March 18. However, Kennedy had concerns about recent changes to three items in the purchase agreement. He voiced concern over the city granting a “quit claim deed” versus a “warranty deed.” He questioned the fact that the city was asking him as the buyer to cover closing costs, instead of splitting them as is more common.

The main problem, Kennedy told the council, is with the language developed by City Attorney Hood and City Administrator Mike Roth regarding the use of the roadway. Kennedy requested a permanent easement on the driveway that leads to the property, as well as the city’s public works facility.

If the property at 1800 West Highway 61 is sold, the new owner will likely share this roadway with the Grand Marais Public Utilities Commission.

Kennedy said his biggest concern is guaranteed access to the property from the roadway that passes the property in question and goes back to the city’s public works facility.

Kennedy said,” Without access, I don’t have a property that I can reliably count on to get bank financing or to be able to utilize the property in the manner that I’d like to use it. Or is it worth what I’m willing to pay for that property if the access is not via that existing roadway? “

The city attorney explained the reason the language was included. “So we basically said that if we terminate it, we’ve got to give 180 day’s notice,” said Hood. “And we have to provide an alternate location for a licensee to access the licensee property.

“Now, the only reason I can think of that we would really want to terminate this license is that we’re going to make it a public street at some point and therefore won’t need the license agreement. So that was our way to try and address Tim’s concern.

“But the easement doesn’t work for us. And it doesn’t work for us because we can’t have a perpetual easement on city-owned land, which otherwise might be a public street at some point. So, that’s the city’s perspective. That’s how Mike and I tried to address Tim’s concern.”

Kennedy did not seem to be reassured and said, “I hope you understand that I’m taking the risk on buying this property and paying what I think is a very fair price for this property. And I need to be assured that I’m going to have access and if there’s an ability to remove that access, all of a sudden, that property is rendered valueless to me.  And with that, I need to understand you before I can sign this agreement, whether or not I have the ability to do what I think needs to be done on that property. And that’s development for the purpose of creating a new bike shop in town.”

There was considerable discussion of the access and Hood said government entities typically do not grant easements on public property. He said the license agreement was tailored to accommodate Kennedy’s use of the property.

Again, Kennedy expressed the desire to have a permanent solution. “But… that’s the ‘but’ that that bothers me because I don’t understand why there has to be a ‘but.’”

Kennedy replied, “What my claim is public interest is the value of selling this to a person that’s going to develop that parcel from a city-owned, vacant, land piece of land, to a to a productive, tax-paying parcel.”

To which Hood asserted, “…This mechanism, which you’ve been provided, clearly allows you to do.”

The council and Kennedy discussed the purchase agreement for more than an hour, with the conversation sometimes becoming contentious.

Kennedy asked the council, “Why have a provision there that says you can you can terminate that license?”

When Grand Marais Mayor Jay DeCoux answered that it is because that is the way license agreements work and that is the only way they could work with a buyer, Kennedy expressed his frustration.

He said, “I don’t buy that crap of, you know, that’s the way licenses work. This is a negotiation, this is reasonable people talking about reasonable solutions to a problem.

“And if you want to sell the property, anybody that’s going to want to buy that property is going to want to have a guarantee that they have access, not that there’s going to be some potential that you can take it away and try to reroute access through a 30-foot drainage hole or off a state right-of-way that the state isn’t going to grant. Or that encumbers your already limited space that is available for development on that site.

“It seems to me, you’re putting more roadblocks in the way of seeing this property developed than you are trying to figure out a way to put this property back on tax rolls and to get a business in there that’s employing people in this community and providing essential services. I just don’t understand why it has to be so complicated.”

Finally, it was agreed that Kennedy should speak with his attorney about his concerns about the language and return to the city council to discuss further.

The council appeared to have a consensus as Councilor Tracy Benson summed up the council’s thoughts. Benson said, “I would have totally felt uncomfortable the way this was originally written as far as access to the property, but I feel a lot better hearing all of that. Maybe it sounds more complicated than it needs to be, but I feel like it’s kind of balancing both directions. So, the work that Chris and Mike put in to get that changed, I think is fine, but I certainly get where you need to have more time just like we did to absorb all this and talk to whoever you need to.”