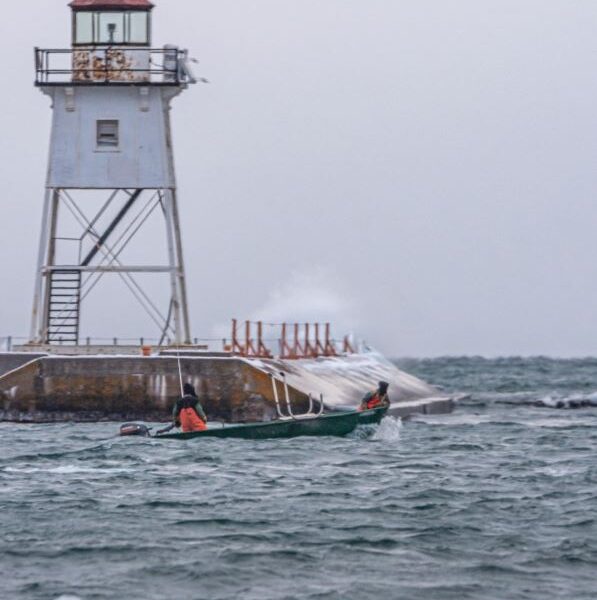 When longtime commercial fisherman Harley Toftey of Grand Marais started talking about retiring in 2018, some residents were worried. Would there be someone fishing out of the Grand Marais harbor, stocking the local fish market and restaurants? There was a communal sigh of relief when it was learned that a new generation of fishermen was stepping forward.

Among a handful of old-timers, Tyler Smith and Zachary Smith, who had apprenticed with Harley Toftey, were continuing the fishing tradition. As was Eric Brisson, who apprenticed with his uncle, Ed “Ole” Hendrickson of Grand Portage.

Tyler Smith and Eric Brisson recently announced that they have formed a new commercial fishing operation, North Superior Fisheries, LLC.
They will continue to lease and work with North House Folk School, which purchased the Dockside Fish Market building in December 2017. And the fish they catch—lake trout, herring, and menominee—will be on the menu at the soon-to-be opened restaurant The Fishermen’s Daughter in the Dockside building.

Click here to see the related story on The Fishermen’s Daughter, to be operated by Abby Tofte and Sam Hedstrom, owners of The Big Lake, and Kate and Jeremy Keeble, owners of Hungry Hippie Hostel and Hungry Hippie Tacos.

WTIP’s Rhonda Silence sat down with Eric and Tyler to learn more about their fishing backgrounds and about what is ahead for North Superior Fishery. 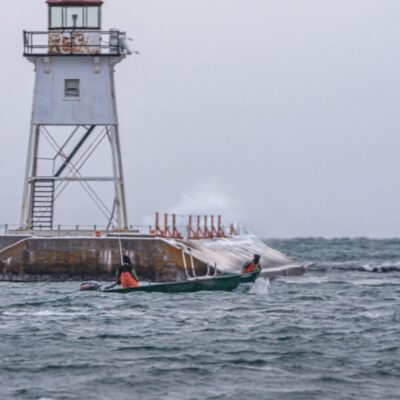