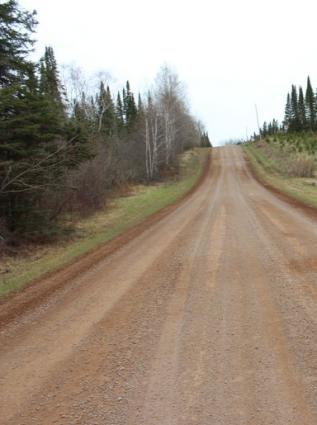 The future of the Border to Border Route in northeastern Minnesota remains in flux as 2020 enters the second month of the year.

Discussions in late January at both the Cook and Lake County Board of Commissioner meetings indicated the future of the route could end up moving south.

The proposed motorized Border to Border Touring Route (B2B) is described as an adventure tour for licensed highway vehicles over existing gravel or paved Forest Service, DNR or county-managed roads. The route, when finalized, will be signed and mapped.

Though nothing remains official as of Feb. 5, there are discussions about transferring the location of the route outside of Cook County and shifting it to Lake County, likely dropping down to Silver Bay.

This notion was discussed during a meeting of the Lake County Board of Commissioners Tuesday, Jan. 28. Lake County Commissioner Pete Walsh confirmed this with WTIP on Jan. 30.

Andrew Brown is a natural resources specialist with the DNR based in Grand Rapids. He is the project lead on the B2B.

WTIP’s Joe Friedrichs spoke with Brown about the future of the B2B in both Cook and Lake Counties.