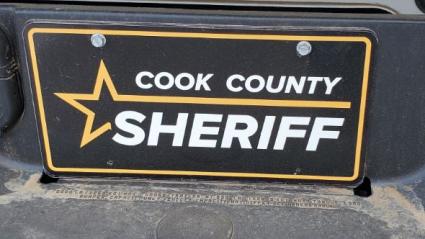 Thunder Bay resident Henry Fairley was the pilot of the float plane when the incident occurred near Skyport Lodge on Devil Track Lake, according to the Cook County Sherriff’s Department. A female passenger was also on board the plane at the time of the accident. No injuries were reported.

According to a law enforcement report from the local sheriff’s department: Fairley flew a 1981 Yellow Cessna 172P from Thunder Bay and landed on Devil Track Lake at approximately noon Wednesday, July 27.

Fairley said he had issues in the past with the float collecting water. He pumped out the water that was inside the float before he was taxiing. Fairley tried to take off but was having issues, and the plane overturned. He thinks one of the floats filled up with water, and that led to his plane overturning and crashing.

Cook County Sheriff’s Department Deputies Katherine Ochtrup and Christopher Schrupp responded to the scene following the overturning of the plane. Schrupp said the deputies borrowed a pontoon boat from Skyport Lodge and motored across the lake to the upside down plane. Prior to that, a Cook County resident who witnessed the accident, Kyler Hawsen, arrived in a separate pontoon boat to assist the passengers while they sat on the floating plane, according to Cook County Sheriff Pat Eliasen.

Also responding to the scene were staff and volunteers from Cook County Search and Rescue and North Shore Health Ambulance.

The FAA wants to inspect the plane after it is removed from the water. The Minnesota Pollution Control Agency and the Environmental Protection Agency want to be notified if there is any gas or oil leaking from the plane, according to the Cook County Sheriff’s Department.