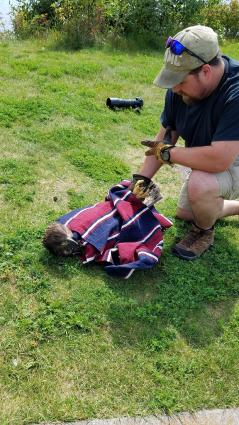 Anyone traveling Highway 61 through Lutsen on Thursday, August 13 was likely stunned to see a juvenile bald eagle wandering around the roadside near Cascade Resort, hopping on and off of the emergency vehicles dispatched to keep traffic away from the bird. Before volunteers from The University of Minnesota Raptor Center arrived to try to capture the bird for an evaluation, it flew off, leaving many to wonder the fate of the young eagle.

The U.S. Forest Service-Superior National Forest shared some very good news about the eagle today. It has been safely captured and taken to Wildwoods Wildlife Rehabilitation in Duluth.

Superior National Forest Acting Public Affairs Officer Kate Legner tells WTIP that the eagle was spotted at the Taconite Harbor Safe Harbor in Schroeder, about 20 miles from where it was last seen.

Forest Service Biological Scientist Dylan Welch watched the eagle for a while at the boat landing. As he was observing the eagle, a gull flew at it and the juvenile eagle flew toward Welch, acting as if it wanted to land on his arm.

Welch was prepared for that, with heavy gloves and a large towel. He was able to get a good grasp of the eagle’s leg and set it on the ground. The bird was bundled in a towel and gently held until Wildlife Biologist Peg Robertsen arrived.

Together the biologists were able to get the young bird in a kennel and transport it to Wildwoods Wildlife Rehab. There, it will be given a thorough examination to see why it was displaying such odd behavior near Cascade Lodge on August 13. PIO Legner said the Forest Service hopes to learn more about why the bird behaved as it did, but noted it likely had been feed by humans. She said, “It’s a good reminder to not feed wildlife.”
WTIP’s Rhonda Silence spoke with PIO Kate Legner about the capture of the juvenile eagle.

Photos by Dylan Welch and Denver Garfield, used with permission of US Forest Service 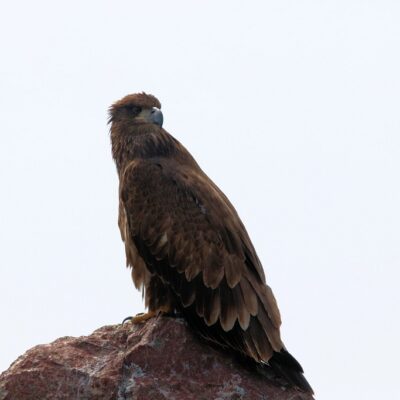 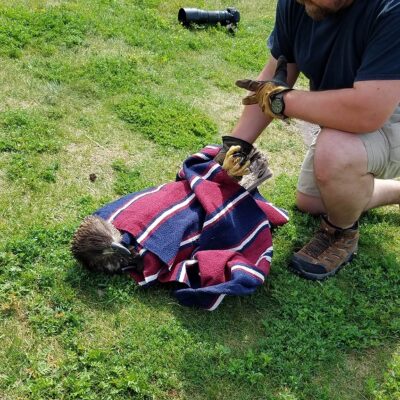