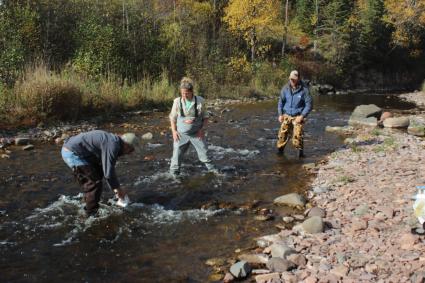 In 2018, WTIP and the Minnesota Department of Natural Resources advised anglers and hikers to be aware that a species of freshwater algae called didymo, also known as “rock snot,” was identified in the Poplar River near Lutsen.

According to the DNR, the freshwater algae live in low nutrient, low-temperature environments that are common in North Shore streams and Lake Superior. Under the right conditions, this type of algae can form dense mats of brown slime that smother streambeds, according to the DNR. It is also quite unpleasant by physical appearance, though it does not present a danger to humans. That being the case, in the summer of 2020, it was being confused for toilet paper and human waste floating in Lake Superior.

This year, the situation got worse.

Rock snot has now been confirmed, for the first time, in the Caribou, Devil Track and Onion rivers. It was also found in a collection of smaller stream and rivers along the North Shore.

Researchers from the Science Museum of Minnesota and the DNR are asking the public to report any sightings of didymo to an online database. Click here to submit any sightings of rock snot along the North Shore. 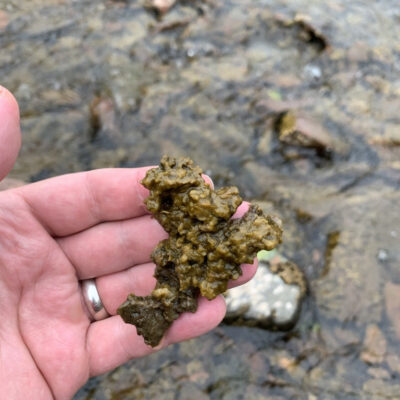