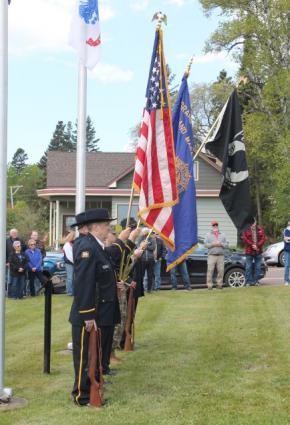 The ceremony started with the National Anthem, sung by the School District 166 choir, led by Cindy Johnson.

The Post 413 Color Guard and the Honor Guard stood solemnly with flags and rifles as Pastor Kris Garey of Trinity Lutheran Church in Hovland gave an invocation. Post Commander Bob Mattson welcomed the crowd surrounding the Veterans Memorial area of the courthouse lawn and thanked all for coming to honor this special day.

Commander Mattson noted the significance of the date chosen by the founders of Memorial Day. They chose the end of May, said Mattson, to ensure that flowers were blooming everywhere in the United States so that everyone had the opportunity to decorate the graves of their loved ones.

The American Legion Auxilary placed a wreath at the Veterans Memorial.

Commander Mattson reminded all of the significance of the day, which is painful for those who have lost loved ones. His words were followed by the ceremonial roll call reading of the veterans from Cook County, or with ties to Cook County, who passed away since last Memorial Day. After each name, there was a tolling of the bell.

And with a closing prayer from Pastor Kris Garey and the mournful sounding of Taps, the ceremony ended.

Friends and family visited on the courthouse lawn, thankful for the chance to commemorate this special day. WTIP caught up with a couple of the participants, Commander Mattson and Airman Cameron Roy for their thoughts. 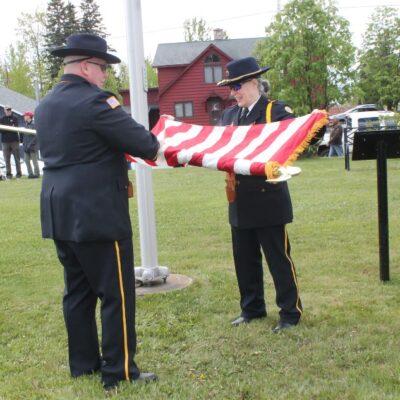 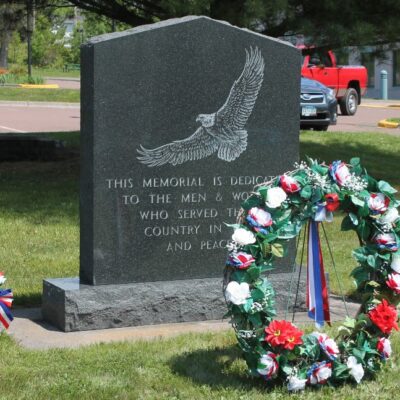 The Cook County Veterans Memorial on the courthouse lawn with a remembrance wreath. Photo by Rhonda Silence 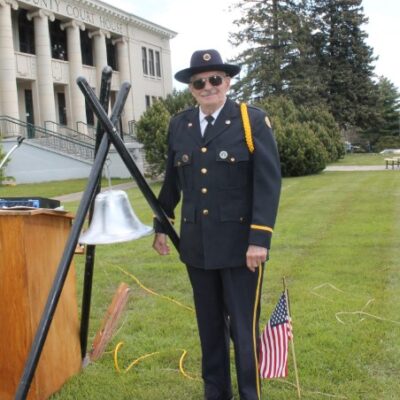 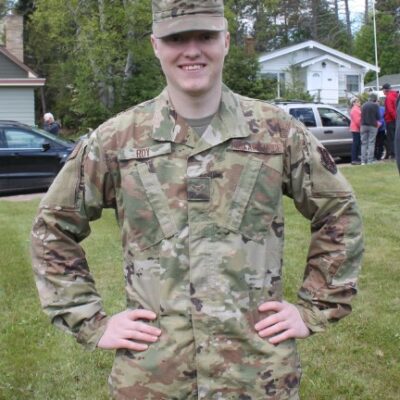 U.S. Airman Cameron Roy was a member of the Post 413 Honor Guard at the 2021 Memorial Day service. Photo by R. Silence 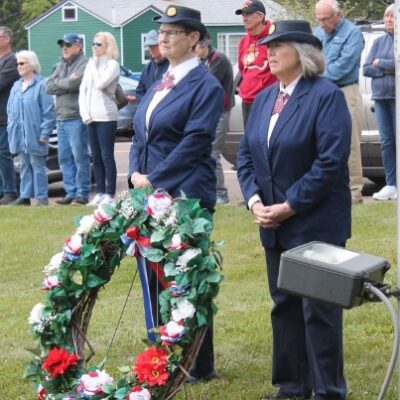 Members of American Legion Auxiliary Unit 413 were on hand to place a weath. Photo by Rhonda Silence 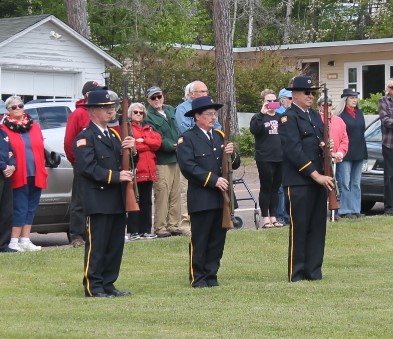 An honorary rifle salute was fired at the Memorial Day observance. Photo by Rhonda Silence 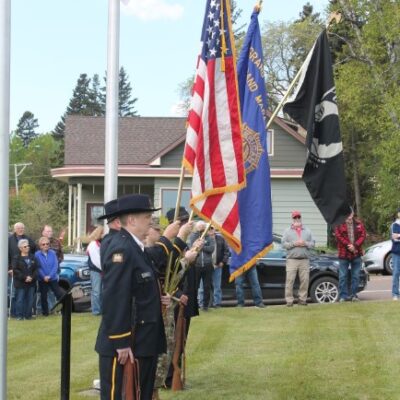