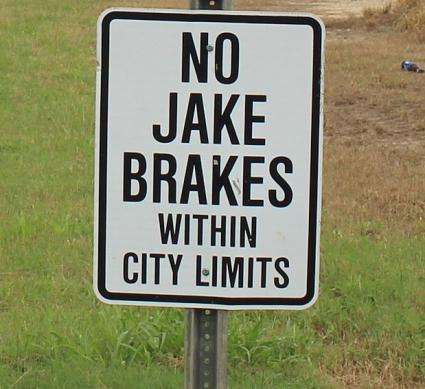 At recent meetings of both the Grand Marais City Council and the Cook County Commissioners, the subject of semis using jake brakes on city and county roads has been brought up.

Jake brakes are technically compression release engine brakes but are more often referred to as “jake brakes,” a reference to the Jacobs Vehicle System company which introduced the brakes as a safety feature over 60 years ago.

The problem with the safety feature, designed to help large vehicles maneuver hilly terrain at slower speeds, is that they can be quite noisy.

City councilors and county commissioners have questioned the need for use of these brakes and have been researching city and county ordinances on whether using jake brakes is a violation of any sound ordinances.

The city found that the ordinance governing jake braking is vague and asks only that truckers use jake brakes only in emergencies. The council considered whether it should tighten the language in that ordinance to restrict jake braking entirely.

Absent from this conversation was any input from someone who drives a truck—until the city council meeting on October 13. Grand Marais resident and truck driver Nate Carlson spoke during the public comment period at the start of the meeting.
Carlson reminded the council of a truck losing its brakes and crashing into “Eckel’s fish house” at the bottom of Fifth Avenue West, the old Gunflint Trail.

Carlson agreed that jake brakes are loud and can be annoying. He said he prefers not to use them himself, but spoke of the importance of the engine brakes as a safety feature. He noted that the new Gunflint Trail is now the truck route, however, there is still a steep grade. And, Carlson added, it passes a schoolyard and ends on Highway 61.

Councilors Craig Schulte and Tracy Benson added their own reminiscences of trucks losing their brakes on the old Gunflint Trail, including one crash in which the truck driver was killed. They thanked Carlson for his comments.

Mayor Jay DeCoux said the use of jake brakes will be on a future agenda and invited Carlson to come back for that discussion.

Hear Carlson’s own words in this report by WTIP’s Rhonda Silence.