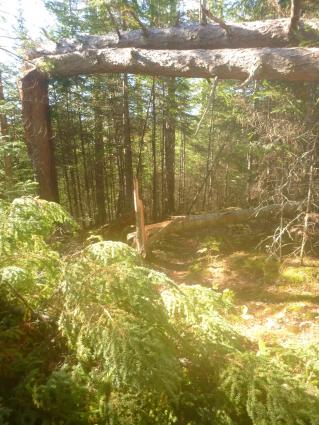 The National Weather Service in Duluth continues to research and analyze a possible tornado in the Boundary Waters Canoe Area Wilderness near Clearwater Lake.

This week, hikers and Gunflint Trail residents took photos and videos of major tree damage along the Border Route Trail. A similar video was shot last week on Clearwater Lake. Both videos show significant amounts of downed trees, including massive pine trees that violently splintered and are now horizontal to the ground.

The damage likely occurred Oct. 10 during an intense storm that included a tornado warning for parts of Cook County.

WTIP reached out to the Border Route Trail Association earlier this week for comment on the situation and has yet to hear back.