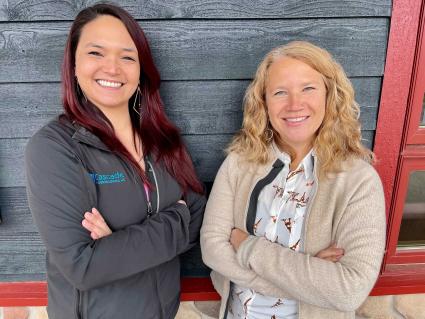 Cascade Vacation Rentals has become a very well-known company in our community and to visitors to the area. The company was launched by Realtors Steve Surbaugh and Mike Larson in 2004. Mike Larson recently announced that he was stepping down as a CVR managing partner, although he will still be involved in other ways with the company.

Both Sarena and Clair have taken interesting routes to their current positions. They are both active West End community members and are both looking forward to their new roles at CVR.

WTIP’s Rhonda Silence spoke with both of them. Here’s her conversation with Sarena Nelson about her start in the hospitality industry as a teen and her role today.

Rhonda also spoke with Clair Nalezny about the varied positions she has held in the business community, including the manager during the construction and opening of the now-iconic Papa Charlie’s at Lutsen Mountains.