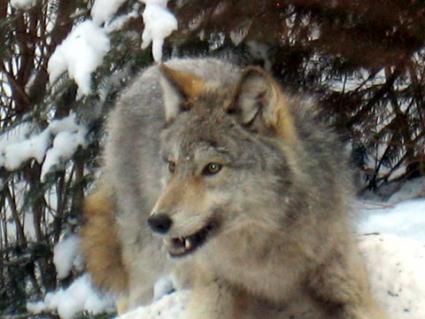 Minnesota’s iconic wolf was the focus of an Oct. 8 discussion sponsored by the Minnesota Department of Natural Resources.

It was the final of three virtual meetings and a parallel online input period where the public was asked to weigh in on various questions about wolves, including considerations about wolf numbers and geographic range, conservation options and impacts on agriculture and other wildlife species.

The DNR is seeking this input as it updates the state’s current 20-year-old wolf management plan.

Although wolves are currently listed as threatened under the federal Endangered Species Act, the Minnesota DNR and tribal authorities actively manage and monitor the state’s wolf population.

Updating the state’s 2001 wolf management plan is important regardless of whether the federal government changes the listing status, according to the DNR.

Thursday night’s virtual meeting, attended online by more than 100 people, including some Cook County and North Shore residents, covered a variety of topics from wolf numbers to population control. The most recent wolf population report from the Minnesota Department of Natural Resources estimates the Minnesota wolf population at 2,655 animals.

As part of the discussion, Dan Stark, the DNR’s large carnivore specialist, shared an update on the population dynamics between two animals we report on frequently at WTIP: moose and wolves. Below is a clip of Stark speaking during the Oct. 8 event.