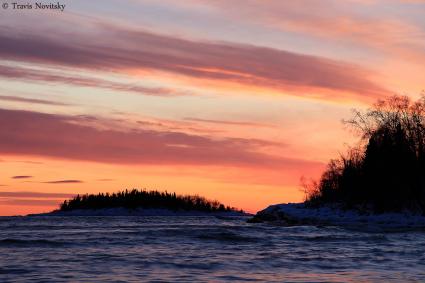 With this understanding, when it comes to environmental issues, Native American communities face modern-day risks from climate change that can be traced to land dispossession and forced migration, according to the report.

The findings, reported in the journal Science in late October, suggest that as the United States and its citizens seek to address various issues – climate change, environmental degradation and multiple forms of inequality—American policy makers should better understand how these problems disproportionately affect Indigenous peoples.

The study reports that tribes’ present-day lands are on average more exposed to climate change risks and hazards, including more extreme heat and less precipitation. Nearly half of tribes experienced heightened wildfire hazard exposure, according to the report.

Kyle Whyte is a professor of environment and sustainability at the University of Michigan. He is also one of the co-authors of the new study.

Whyte says the report compiled data from tribes across the United States, including the 11 federally recognized tribal nations in Minnesota. The findings “challenge common approaches to climate change policy-making, revealing the need to better integrate ethics and justice principles by addressing the disproportionate harms that climate destabilization, federal land management” and industry operations cause to Indigenous communities.

“This research suggests that near-total land reduction and forced migration lead to contemporary conditions in which tribal lands experience increased exposure to climate change risks and hazards and diminished economic value,” the report reads. “The significance of these climate and economic effects reflect aggregate changes across the continent, but there is an urgent need to understand the magnitude of place-specific impacts for particular Native nations resulting from settler colonialism in future research.”

Whyte spoke with WTIP’s Joe Friedrichs in November about the report. Audio below.