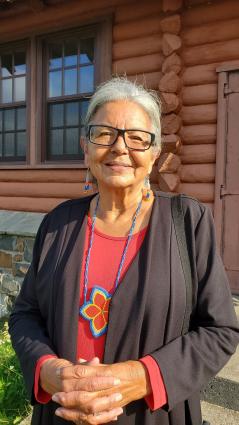 Marie Spry is once again a Grand Portage Band of Lake Superior Chippewa committeeperson. In an outdoor ceremony in the parking lot of the Old Log Community Building, with friends and family looking on, Spry took the oath of office on Tuesday, August 25.

Administering the oath, in one of his first official duties as Tribal Chair was Robert “Bobby” Deschampe. See a portion of the oath in this video.

Spry returns to the Tribal Council as committeeperson after losing a bid for the Tribal Chair position to Beth Drost in June 2019. Before running for Chair, Spry served as committeeperson for seven years, with three years as vice-chair. She served as interim tribal chair for several months after the unexpected passing of longtime Chair Norman Deschampe.

After administering the oath, Chair Deschampe congratulated Spry and she gave a short statement, thanking everyone for their support and promising to do her best to help people. 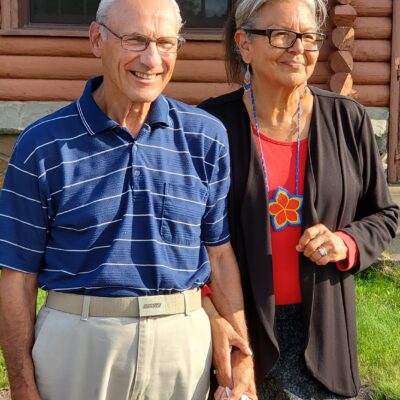 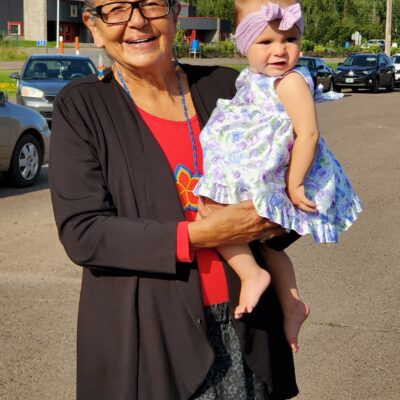 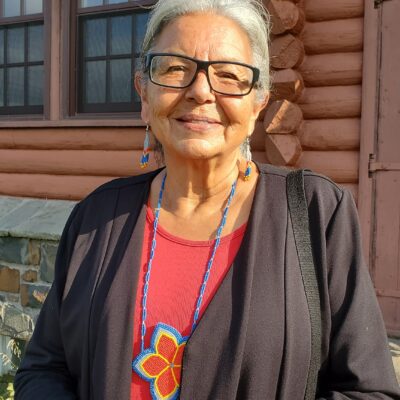