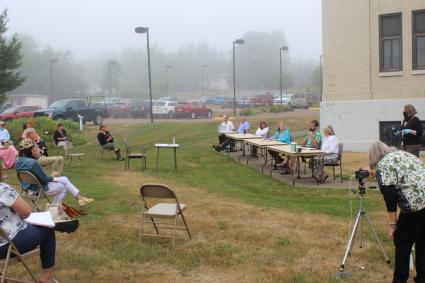 Commissioners likely to vote August 24 on future of HRA

On a sultry albeit foggy morning outside the Cook County Courthouse in Grand Marais, approximately a dozen people gathered for a public hearing about a proposed Housing and Redevelopment Authority (HRA).

The majority of those who spoke or submitted comments to be shared during the public hearing were in favor of forming the HRA. Among them was local resident Stevie Plummer. While describing various plans or options to address the local housing crunch, and one the HRA could potentially take on, Plummer said “housing” could mean more than just traditional home ownership or building more houses.

“Apartments were mentioned,” Plummer said. “That I believe would be an incredible investment.”

The notion of forming a Housing & Redevelopment Authority in Cook County remains a key talking point as local government looks to play a role in addressing the housing crunch in the community. The proposed HRA will be an entity managed and organized similar to the format the local Economic Development Authority (EDA). If approved, the HRA would have oversight from the current EDA Board of Directors. It’s an idea the county board has considered throughout 2020 and this year, with the public hearing serving as an essential, and required, part of the process to form an HRA.

“I moved here in the early 2000s, and it was very, very challenging to find housing,” Meyers said. “I think I moved ten times in four years. And this was before vacation rentals were even really a big thing. So it’s been an issue for a very long time.”

Cook County resident Virginia Danfelt submitted a comment to be shared during Tuesday’s public hearing. While not questioning the nature or intent of an HRA, Danfelt urged the commissioners to continue thinking of other tools to address the housing challenge before increasing costs or raising taxes, two possible scenarios if the HRA is created. Danfelt referenced a 2015 workforce housing study to examine or reference for possible alternatives to forming an HRA, or just in general when it comes to addressing the local housing crunch. Danfelt also referenced comments former interim county administrator and current county employee Rena Rogers made in a recent commissioners’ meeting about using some of the local lodging tax to address housing needs in the community.

The use of the lodging tax, particularly the one percent event tax, is something community members and the commissioners continue to reference when it comes to additional “tools” that could help the community address a lack of housing in Cook County.

Toward the end of the Tuesday’s meeting, Board Chair Dave Mills said the county could be a leader in Minnesota when it comes to using unique methods to solve housing issues. Mills specifically referenced the lodging tax while speaking on this particular topic.

According to state statute, lodging taxes can be imposed on short-term lodging by a number of local governments in Minnesota. Cities, townships and other specific areas may impose up to a three percent tax by statute, if 95 percent of the revenue raised is used for tourism promotion. According to the Legislature, local governments may use five percent of the proceeds for administration costs, but the remaining 95 percent of the revenues from a tax imposed under the general authority must be used to fund a local convention or visitor’s bureau for tourism and convention center promotion.

In 2008, state officials wrote an allowance for this law specific to Cook County to apply an additional one percent lodging tax.The ‘One Percent Event Tax’, is used to support and promote local events selected by the tourism associations that make up the local tourism agency known as Visit Cook County. To change allocation of the lodging tax would require an act of legislation in St. Paul. Rewriting state tax code can be a difficult and lengthy process, Minnesota State Auditor Julie Blaha explained during a recent WTIP interview.

In a separate and also recent WTIP interview, Visit Cook County Executive Director Linda Jurek explained what the lodging tax is and why it cannot be viewed as a tool to address local housing issues.

“You cannot use lodging tax to build houses,” Jurek said.

Jurek spoke during Tuesday’s public hearing as well, reiterating her comments about the use of the local lodging tax.

A vote to form an HRA in Cook County is likely during the next regular meeting of the county board. That meeting is scheduled for Tuesday, Aug. 24. 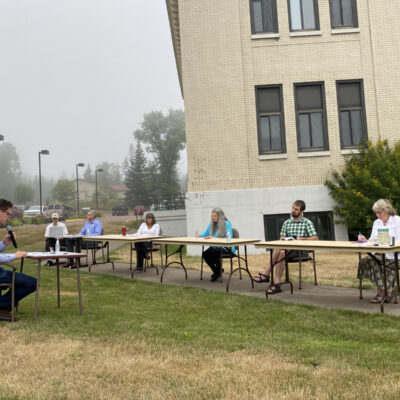 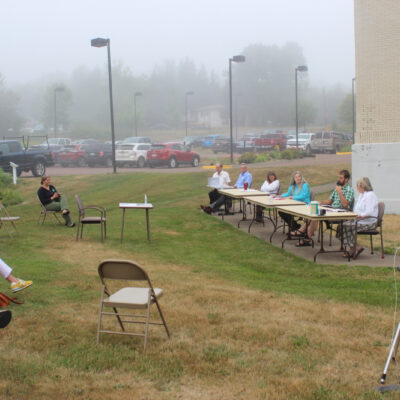