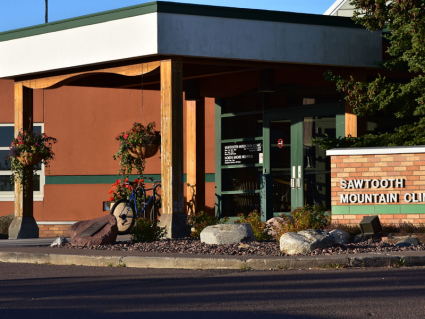 An estimated one-third of recent COVID-19 cases in Cook County were breakthrough cases, meaning those who tested positive were vaccinated against the highly contagious coronavirus, according to a local physician.

“The vaccines are still working great to keep people out of the hospital and to keep people from dying,” said Dr. Kurt Farchmin. “So they are doing that backup protection and that is the most important one that we want. But we have noticed that with time, more people who have been vaccinated have gotten sick with COVID. In fact, we’ve seen about a third of our cases since August here locally have been who’ve been vaccinated.”

Farchmin, from Sawtooth Mountain Clinic in Grand Marais, spoke with WTIP’s Joe Friedrichs during an interview Sept. 29 about the ongoing pandemic.

COVID-19 booster shots are being made available to Minnesotans who are eligible to receive them under the latest guidance from the U.S. Centers for Disease Control and Prevention, state health officials announced in September.

Minnesotans who got the Pfizer vaccine can get a booster shot at least six months after their initial series if they fall into certain categories as defined by the CDC, including those 65 and older and others with underlying medical conditions.

Federal health experts are reviewing data from Moderna and Johnson & Johnson and will decide when people who received those vaccines may be eligible for a booster shot.

The highly contagious delta variant led to an uptick in the case count in Cook County and other parts of the state. As of Sept. 27, more than 28,000 breakthrough cases have been reported across the state, according to the Minnesota Department of Health. This equates to less than one percent of the more than three million people who are vaccinated in Minnesota.

During the update on WTIP’s Daybreak program, Farchmin also discusses the difference between a vaccine booster and a third dose of the vaccine for immune-comprised individuals. Other topics discussed include ‘waning immunity’ from a vaccine, breakthrough cases of COVID-19 in Cook County and other topics relevant to the ongoing pandemic. The audio from the Sept. 29 interview is below.